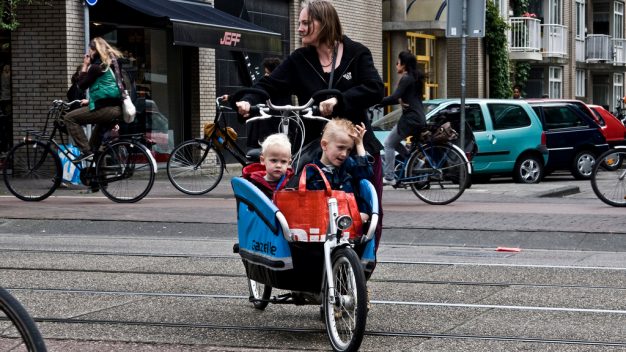 There is an urgent need for the European Commission to deliver its outstanding update of vehicle safety regulations as 8100 children died on EU Roads in the last ten years. That is the view of the European Transport Safety Council. The organisation expects that updated policies could greatly increase the safety of children across European cities.

Road safety for children can be greatly increased with better education, policies that prioritize children and reflect current technological capabilities.

On roads within the European Union, every day two children die and more than thirty are injured in road collisions. It has been almost ten years since the European Commission updated it’s vehicle safety standards. Since then a number of technological advances have been developed that could help reduce the number of child road accidents and deaths.

Antonio Avenoso, Executive Director of European Transport Safety Council (ETSC) argues that Automated Emergency Braking and Intelligent Speed Assistance are “smart, cost-effective and proven vehicle safety technologies” that “could be as important for saving kids lives as the seatbelt”. Avenoso cautions politicians and carmakers to ensure that these safety features are “fitted on every car as standard”.

An ETSC report details how “absent, inappropriate or incorrectly fitted child seats remain a significant problem across the EU.” According to the World Health Organization, child restraints can reduce the chances of road death by eighty percent when they are properly installed and used. ETSC is advocating for a reduction on VAT for child seats as well as better education in order to help reduce the number of road child deaths in the EU.

The European Commission is revising the General Safety Regulation 661/2009 and the Pedestrian Protection Regulation 78/2009. These regulations have the potential to effectively reduce road deaths and injuries for children and other road users. There have been several delays in announcing the updated policies.

In February 2017 eight member states (Austria, Belgium, France, Germany, Italy, Ireland, Luxembourg, and the Netherlands) wrote a letter encouraging the Commission to deliver them in 2017. In the letter they stated that “road safety should be a top priority for the European Commission” and they urged the Commission “to prioritize the safety of vulnerable road users when making a proposal for new safety standards.”

On 2 May 2018, the long-awaited vehicle safety regulations are expected to be announced.