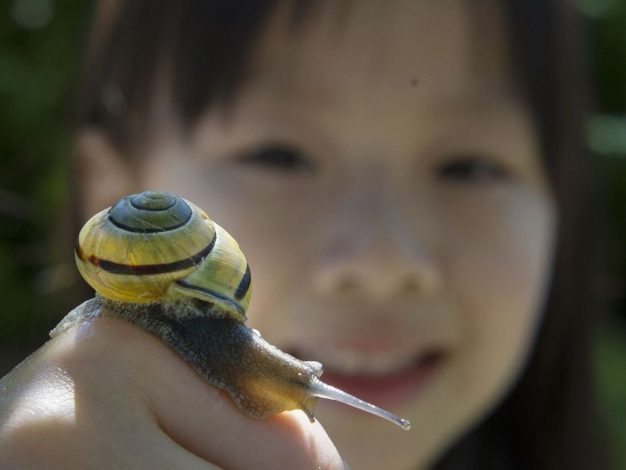 Where I grew up on the newly built edge of Campbell River, there was a 100-kilometre swath of forest, rivers and lakes between my doorstep and the Pacific Ocean.

Within an hour’s hike I could find beaver dams, fishing streams full of trout, tire swings and swimming holes, and a million hectares of forest interrupted only by the occasional logging road. I knew the terrain intimately. My mom — like most parents in the neighbourhood — would shove me out the door when she got tired of listening to the endless fraternal bickering, and it was expected that I would disappear until dinnertime.

Children and the outdoors

A childhood without structured time in a virtually endless natural paradise, I gather, has become a thing of the past. The world our children live in today is cluttered with concrete schoolyards, small screens, play dates, lessons and parents hovering nearby in case anyone anywhere gets a scratch or a bruise.

Children today are also more likely to report symptoms of attention disorders and depression, and more likely to be medicated for those problems than at any time in human history, said Richard Louv, keynote speaker at the Children and Nature Network International Conference in Vancouver from April 18-21.

Should we throw in rising childhood obesity and online bullying? I think we should. It might be over-extrapolating the research to draw a causal link between nature deprivation and the deteriorating mental and physical health of our children, but you can come to your own conclusions. 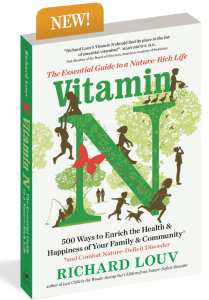 Thirty years ago, there was no more than a handful of studies on the restorative effects of natural environments on children. Today, there are more than 500 and their conclusions are spectacularly well-aligned, said Louv, author of Last Child in the Woods and Vitamin N: The Essential Guide to a Nature-Rich Life. In short, nature matters.

Louv will join 850 delegates from 22 countries for a series of speakers and workshops at the Westin Bayshore organized by the Children and Nature Network and the Canadian Wildlife Federation. A series of studies from the University of Illinois have found that playtime in green, outdoor spaces foster creative play and reduce symptoms of attention disorders. And the greener and wilder the environment, the stronger the effect.

In recognition of the potent effect nature has on the mental health of children, doctors in a Portland, Ore., pilot program are writing “park prescriptions” to regulate exposure to the natural environment as part of a longitudinal study on mental health. “We are genetically wired to be in nature,” said Louv. “When you lose something that is so central to human existence, of course you aren’t going to do so well.”

He notes that Harvard University Prof. Edward O. Wilson says that humans are innately attracted to nature — what he calls biophilia — and that we need experiences in nature for our psychological, physical and spiritual heath. “I hear the same story from teachers everywhere I go, that the biggest troublemaker in the classroom becomes a leader when you get them into the woods, not just better-behaved, but leaders,” said Louv. “If the troublemaker becomes the leader when they get outside, what are we doing to these kids, these potential leaders?”

A study of 900 elementary schools in Massachusetts found that children attending school with natural green play areas do better on standardized tests than kids in schools without access to nature, even when they controlled for socio-economic factors. Researchers in Chicago came to similar conclusions. While it’s probably not possible or practical for families to adopt a rural life of unsupervised child-rearing, many families are taking steps to ensure their kids get that potentially healing contact with nature.

“We can’t go back to the old ways, mainly because of parental fear,” said Louv. “Even if it’s not rational, they feel it and we have to respect that.” The answer, ironically, may be to program unstructured time. “We have to do this consciously, because it doesn’t happen on its own very often,” he said.

The Canadian Wildlife Federation‘s website has information on joining and forming WILD Family Nature Clubs, a loose network of families that organize group hikes and wilderness experiences. “When kids go out with just their parents, it doesn’t take long before they want to go home and back to their electronic devices,” said Louv. “When kids are out with other kids, they start to play creatively, make up their own rules and games, which has virtually disappeared from the urban childhood experience.”

This article first appeared on The Vancouver Sun

Randy Shore is the Food, Science and Sustainability reporter for The Vancouver Sun and author of two cookbooks, Home and Away: Simple, Delicious Recipes Inspired by the World's Cafe, Bistros and Diners and Grow What You Eat, Eat What You Grow.