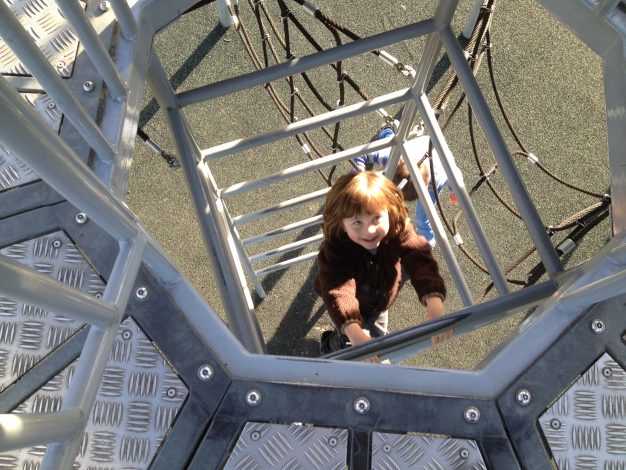 In this fourth part of his presentation to the Child in the City conference in London last November, Adrian Voce considers how the UK government responded to children’s right to play with an ambitious national strategy, only for it to become a victim of the financial crash and austerity politics.

The UK’s recent record on children’s right to play is not good. The UN Committee on the Rights of the Child said in 2016 that it was ‘concerned about the withdrawal of a play policy in England and the under-funding of play … across the UK.

The UNCRC recommended that ‘The UK government should strengthen efforts to guarantee the right to play … including play policies with sufficient and sustainable resources’; provide children with ‘safe, accessible, inclusive and smoking-free spaces for play and socialisation and public transport to access such  spaces’; and fully involve children in planning, designing and monitoring play policies, at community, local and national levels’.

How quickly things have changed. In 2008 the UK government launched a 10-year plan to make England the best place in the world to grow up’, aiming to ensure that ‘every residential area has a variety of attractive, engaging and inclusive free places play, with ‘neighbourhoods that are, and feel like, safe, interesting places to play’.

This national Play Strategy included measures to embed these aims within the policy and regulatory frameworks for planning, traffic management, community policing, schools, parks and day care. A national programme of workforce development included facilitation for high level, crosscutting planning groups within every top tier municipality in the country – training key people from each relevant department in play principles and how the public realm should better respond to them.

The aim was to raise awareness and cultivate the knowledge and skills within local government and its agents of how to ensure ‘routes to children’s play space are safe and accessible for all children and young people; parks and open spaces are attractive and welcoming to them; that children and young people have a clear stake in public space; and that their play is accepted by their neighbours’.

Of course local authorities needed an incentive to fully embrace this agenda and this was provided in the form of money. Between 2006-10, including the national lottery programme that preceded it, the Play Strategy for England committed an unprecedented £400m of public funding to children’s play: spaces, services, projects and training. To receive their funding, each local authority was required to produce an area-wide play strategy demonstrating that they had properly assessed where the need was greatest and had a sustainable and effective plan for improvements.

As is well known, the Play Strategy was abandoned by the Conservative-led coalition government in 2010, in the wake of the financial crash. During the only year that it was measured, 2009-10, the level of satisfaction with their local play opportunities expressed by children in England increased by almost 8 per cent.

Ten years since its launch, the Play Strategy is history ­– both literally and, seemingly, metaphorically too. In the current climate of seemingly eternal austerity in public services and a radically reduced role for the state, it is hard to envisage anything similar being undertaken in England for the foreseeable future. Yet an All Party Parliamentary Group in 2015 recommended just such a policy for the national government – and in his leadership campaign, the Labour Leader Jeremy Corbyn echoed the call.

The first three parts of this article can be read here: Part 1, Part 2 and Part 3.