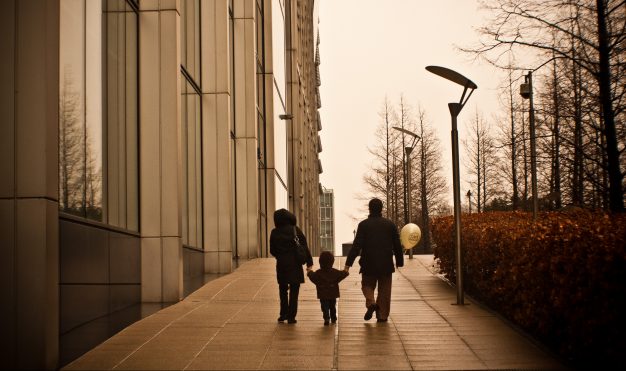 The new London Plan, issued by Mayor Sadiq Khan on 29 November, includes a revision of the policy for children’s play and informal recreation.

The policy, in the section of the plan that covers ‘social infrastructure’, now says that ‘development proposals for schemes that are likely to be used by children and young people should increase opportunities for play and informal recreation and enable children and young people to be independently mobile’ and that ‘large scale public realm developments should incorporate incidental play space to make the space more playable’.

The policy retains the longstanding instruction to London boroughs that they should audit existing provision (with the addition of the word ‘opportunities’), and develop local play strategies to address identified needs. 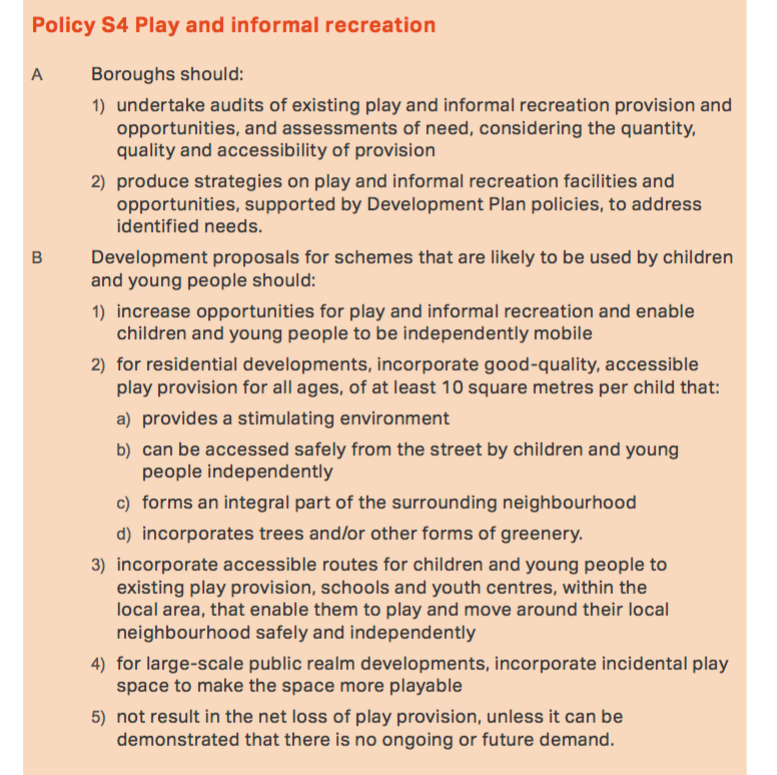 The supporting text of the new plan suggests that new developments should retain the benchmark of 10 square metres of designated play space per child ‘as a basis for assessing future requirements arising from a projected increase in the child population of the area’. It also states that Supplementary Planning Guidance (SPG) ‘will provide additional detail on the application of this benchmark and other implementation issues’.

The proposed new policy replaces the previous London Plan play policy, which stated that ‘the Mayor and appropriate organisations should ensure that all children and young people have safe access to good quality, well-designed, secure and stimulating play and informal recreation provision’.

Commenting on the plan on Twitter, architect Dinah Bornat, who is a Mayoral Design Champion, said that the play policy’s reference to ‘independent mobility’, ‘a variety of locations’ and that play provision should be an ‘integral part of surrounding neighbourhoods’ will have ‘monumental urban design implications’

The Mayor will produce a non-statutory strategy for children and young people for consultation in February 2018.

What is the London Plan? 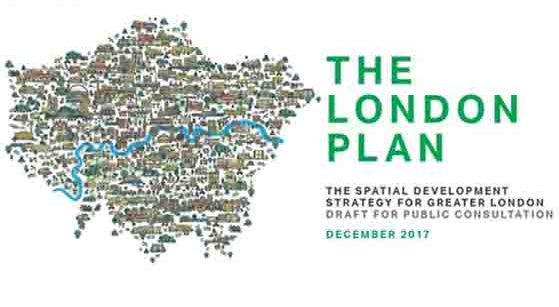 The directly elected Mayor of London is the head of the Greater London Authority (GLA), which has devolved statutory powers for planning, transport and a range of other London-wide policy areas.

One of the Mayor’s key responsibilities is to update the The London Plan, which is the statutory spatial development strategy for the Greater London region. The GLA describes the London Plan as the strategic document that: ‘shapes how London evolves and develops. All planning decisions should follow London Plan policies, and it sets a policy framework for local plans across London’. This new revision is the first under Mayor Sadiq Khan, the former Labour shadow minister, who was elected in 2016.

The full draft of the new London Plan, and details of how to respond to the consultation can be found here

Congratulations Adrian and all involved. We in Australia shall be having a very close read to see what we can learn, thanks heaps and best wishes from your play friends in Australia.
Barb Champion, Executive Director, Play Australia