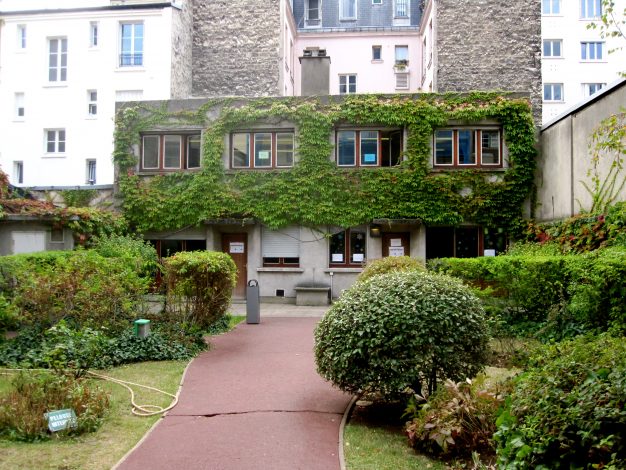 As part of its new ‘resilience strategy’, the French capital has launched a programme to transform its state schoolyards into green, inclusive public spaces. Adrian Voce reports.

Paris will open up school grounds to the local community as part of a new ‘resilience strategy’. Schoolyards within the state school system will be designated ‘new’ public spaces as part of the long-term plan to prepare the French capital for the risks and challenges of the future.

Paris is one of 32 cities from the 100 Resilience Cities Network to have issued its first resilience strategy. Mayor Anne Hidalgo, has set out 35 different action plans that aim to make the city more resilient for the 21st Century.

Speaking to Cities Today Sebastien Maire, the newly created Chief Resilience Officer, explained that no Parisian is living further than 200m from a school and that the plan was to invest in their grounds, for the benefit of both students and the wider community.

“It means less money and more efficiency, it is the way we are thinking of resilience,” he added. “We are ready to transform the school yards: take out the concrete and the asphalt, use other types of materials, put greenery and water in the schoolyards; and use that as an educational programme for children about climate change. The second part of this project is to open these 600,000 square metres of schoolyards to the public.”

“We need to transform the city and transforming Paris is a huge challenge because it’s a heritage city, historical and old.” The unique post is designed to face such challenges and combine the work of various departments and collaborators into one cohesive resilience strategy.

“We consulted with more than 800 different stakeholders,” Maire told Cities Today. “My schedule is totally booked until the end of the year because so many new stakeholders contacted me to be part of the process, even internal stakeholders from city hall, so the dynamic is really strong.”

The Mayor has said that the resilience strategy aims to turn Paris into a citizen driven, inclusive city which mobilises collective intelligence and takes full advantage of existing but under-utilised spaces.

“What makes Paris unique are two things,” said Andrew Brenner, Associate Director of 100 Resilient Cities. “One, the city has expanded their focus on climate change to also tackle issues of social equity and capital. Two, the strategy places an emphasis on piloting projects to demonstrate impact over the short-term, while helping to build long-term efforts.”

Photo: ‘This is my school’, by Stephen Carlile, Paris.

The 100 Resilient Cities initiative, powered by the Rockefeller Foundation, supports cities through funding for a Chief Resilience Officer and support in developing a resilience strategy.

Dear Adrian,
Good idea, but for about 20 years I am telling this to everybody who wants to listen to it!!!
It’s good that again you bring it to the attention of many others on this globe.
I have been filming also many of the games in the Kidsplaybook project at school yards in in 28 countries, have a look : download – for Free- the kidsplaybook App in AppStore or in GooglePlay and visit the website: http://www.kidsplaybook.com
Playing reagrds!