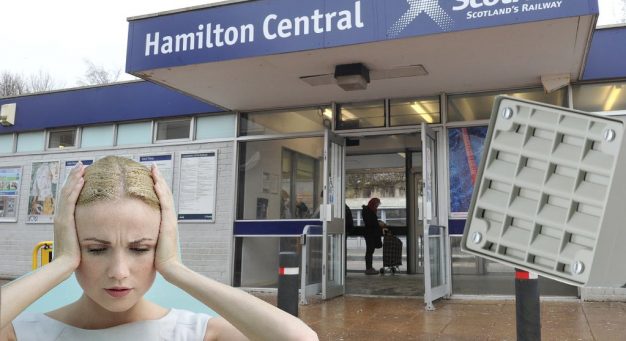 The main train operating company in Scotland has banned the use of controversial anti-loitering devices, known as ‘Mosquitos’, at train stations across the network, after they were condemned by the country’s Children’s Commissioner as an abuse of children’s rights.

Scotland’s national rail operator, ScotRail has banned the use of ‘mosquito’ anti-loitering devices that indiscriminately target young people with high-frequency sound waves that are inaudible to adults, yet can cause distress, discomfort and disorientation to children. The company said it had undertaken a “thorough review” of their use, after concerns were raised earlier this year.

The review found that mosquito devices, which were placed in three train stations around Scotland, were rarely used and did not help to reduce anti-social behaviour without other support. The devices were installed at Hamilton Central station in the central Lowlands of Scotland and Helensburgh Central station in Argyll on the west coast. They had been installed in response to reports of alleged threatening behaviour by groups of youths who gathered at the stations, with the aim of dispersing them .

Over the summer the rail union, RMT, claimed that Hamilton station was being turned into a “war zone” by gangs of “headbangers and nutters” who were compromising the safety of staff. Another device was also in place in Aberdeen station in the north-east of the country, but has not been used since 2014.

In July, Scotland’s Children’s Commissioner Bruce Adamson called for mosquito devices to be completely banned, pointing out that they have been criticised by the UN and other international human rights groups. “The use of such devices is a breach of children’s rights to go about their lives free from discrimination in a healthy and safe way when they use public transport, visit shops or meet their friends,” he said. “These devices are a disproportionate and degrading approach that acts without discrimination, causing discomfort to any children and young people who encounter them.”

Announcing the move, David Lister, director of safety and sustainability at ScotRail, said: “The safety and security of our staff and customers remains our priority, and we continue to work with all agencies – including the British Transport Police, Police Scotland, trade unions, and local authorities – to tackle any antisocial behaviour at our stations. “These devices were always only a small part of a much wider effort to tackle anti-social behaviour wherever it occurred. A small number of customers raised concerns.”

Christina McKelvie, the local member of the Scottish Parliament, said she was “pleased” that ScotRail had listened to the concerns of local residents and welcomed the outright ban. “While tackling anti-social behaviour is important, there are more proportionate responses than unfairly targeting one section of society”.

Time for a government ban?

In February 2008, in response to a national campaign led the Children’s Commissioner for England, the UK government issued a statement insisting that “‘Mosquito alarms are not banned and the government has no plans to ban them”.

In 2010 the Council of Europe reported that Mosquito devices should be made illegal under human rights laws; and in 2011 the German Federal Institute for Occupational Safety and Health reported that although ‘the risk to the target group of teenagers and young adults is relatively low (because) they can leave the area when they hear the sound. … small children and infants are especially at risk, due to lengthy exposure, (as) adults themselves do not perceive the noise’.

The German report continued: ‘ultrasound affects not only hearing. Disruption of the equilibrium senses, as well as other extra-aural effects are well known. With the sound levels that can be reached by the device, the onset of dizziness, headache, nausea and impairment is to be expected’.

However, the UK government has continued to decline to act, allowing individual councils to set policy on the issue.