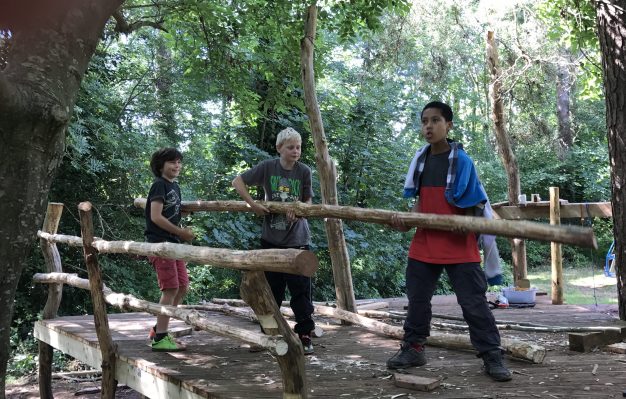 A new beginning for playwork?

The world’s only professor of playwork, Fraser Brown of Leeds Beckett University, welcomed the launch of the new Playwork Foundation at a special event in London last week. Adrian Voce, who also spoke at the event, reports on the launch and its background.

Playwork, the practice growing out of the UK’s adventure playground movement, made significant strides through the 90s and 2000s, towards what might be called professionalisation. Higher education courses, vocational qualifications, national occupational standards and recognition within the regulatory framework for out-of-school provision, saw growing numbers of playworkers employed in a variety of settings. Since 2010, this progress has suffered some serious setbacks. The deregulation of after-school and holiday childcare, the abandonment of a national play strategy for England, and a relentless squeeze on local government budgets, has seen many adventure playgrounds close and playwork courses withdrawn, as job prospects diminish.

A crisis meeting to consider how the field should respond was called in 2013 by the playwork scholar Bob Hughes and his close colleague, the late Professor Perry Else of Sheffield Hallam University. The summit arrived at two main conclusions. Firstly, the ‘grand narrative’ of playwork and what it can do for children needed to be more persuasive and better articulated. Secondly, a fully independent playwork practitioner body needed to be created to develop and amplify the ‘argument for playwork’.

Some of those at the meeting in Sheffield believed that the second of these imperatives was the primary objective: that playwork needed to construct its own vehicle before the first objective could be achieved. Such a body should be independent; no longer reliant on the waxing and waning allegiances of larger ‘parent’ or ‘umbrella’ organisations, for whom children’s right to play was only an occasional priority.

Four years later, the Playwork Foundation opened for business last week at a special launch event in London, declaring itself to stand ‘for playwork, playworkers and play’. Fraser Brown, now playwork’s only professor, gave the keynote address and elucidated, with illustrative vignettes, what distinguishes playwork from other practises.

Defining it simply as ‘the process of creating spaces that enable children to play’ Professor Brown described playwork as a unique approach that privileges who children are now, over what they might become. He said it ‘actively resists dominant and subordinating narratives and practises’. He said playwork offers children flexible environments in which to afford them opportunities for the fullest possible range of play types, as evolutionary biology suggests they need; and practises ‘non-judgmental acceptance’ and ‘unconditional positive regard’ for children. 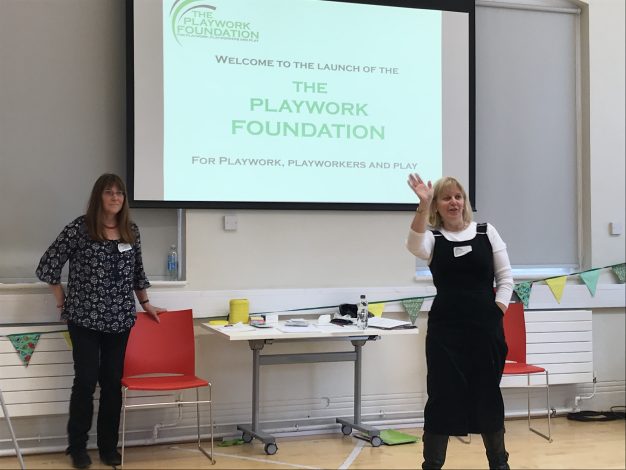 Elsewhere at the launch event, board members Ali Wood and Karen Benjamin – each experienced playwork trainers, writers and consultants – introduced the new organisation with a review of the foundation’s development since the idea was first mooted in 2013. They said that an extensive consultation with the field had found overwhelming support for a new vehicle for playwork and had established some clear aims and principles.

We need an organisation that is play literate and promotes play literacy
– Penny Wilson, author of The Playwork Primer

Wood and Benjamin said that, although slow because of the lack of resources (the new body has no funding), the development work had been proceeding steadily to this point. The foundation has a charitable constitution, adopted by a board of trustees, and is awaiting charity commission registration. It has a website, a list of potential members and has developed a dialogue with national bodies in each of the four UK nations. The time was ripe, they said, to launch a membership scheme as the next significant milestone

Penny Wilson, the London-based playworker and author of The Playwork Primer greeted the launch of the new body with a lyrical and impassioned entreaty from the field, reflecting the discourse at a recent adventure playground conference in Bristol. Wilson said the field wants ‘an organisation that is tailor made – like playwork is  – a bespoke design with enough strength in its warp and weft to be responsive and resilient, to be able to meet and greet the unpredicted; an organisation that is play literate and promotes play literacy’.

Meynell Walter, who convenes the annual national playwork conference, spoke about the longer-term history of playwork development, and previous incarnations of the national movement. He hoped the new organisation would help to revive the field after the decline of the austerity years.

There has been a temptation to consider playwork’s decline during the austerity years as significant of a fundamental rejection of it – by policymakers and, by extension, the public at large. This would be a mistake. The depth and breadth of public sector cuts and deregulation in the wake off the financial crisis was a tsunami that took little account of what was in its path. The treasury and education ministers that cut the play budgets at a stroke, discarding a whole series of national contracts, were not targeting our field in particular. They were radically reducing the role of government – and government spending – in general. It wasn’t personal.

The decline in playwork opportunities need not be long-term. Jeremy Corbyn, leader of the Labour Party, which has held a poll lead over the governing Conservatives since the general election in June, has spoken passionately about children’s right to play. Corbyn represents an Islington constituency that has more adventure playgrounds than any in the country. He knows about playwork and what it offers children, especially in the deprived inner cities.

Economics and politics go in cycles. It was the English play movement’s misfortune that it reached its moment of greatest opportunity in public policy just as the global economy crashed to one its deepest ever troughs. But the consequent period of austerity has been an opportunity to re-group, stronger and hopefully wiser than before, ready to take the case for play and playwork into future campaigns without being dependent on other professional groupings or sectors.

Although modest in scale, many of those attending the launch event in London last week said the new body felt like something they could identify with and belong to. Others said it seemed like a significant moment in playwork’s history. Perhaps: time will tell.

At a much bigger event last week in the same London venue – the two-day Child in the City international seminar – some of the best moments were when playwork practitioners and researchers conveyed the essence of what they do, and what their research reveals, to the wider audience of children’s rights advocates. There was then an unmistakeable, profound recognition that here was something important, something people have been looking for – an approach to working with children that that respects their own agency and engages with them on their own terms. It is no accident that the play movement has its greatest traction within the discourse on children’s rights. Many advocates believe it is urgently needed wherever adults work with children, or create spaces for them.

Whether the Playwork Foundation proves to be a good vehicle for this task, or not – and whether the next swing in the political cycle offers more opportunities for it, or not – the case for playwork is much too compelling for it to be halted by the vicissitudes of economic ebb and flow. It is the practise of honouring children’s unfettered embrace and re-imagination of the world they both inhabit and create – and of doing our best to provide and protect the space for that ancient, vital process. Which is all any of us can do.

Adrian Voce is a board member of the Playwork Foundation, and author of Policy for Play (Policy Press, 2015)

More details of the different presentations, including a full transcript of Penny Wilson’s speech, will be made available soon on the Playwork Foundation website.

With thanks to Goldsmiths University of London, who hosted the Playwork Foundation launch event free of charge. 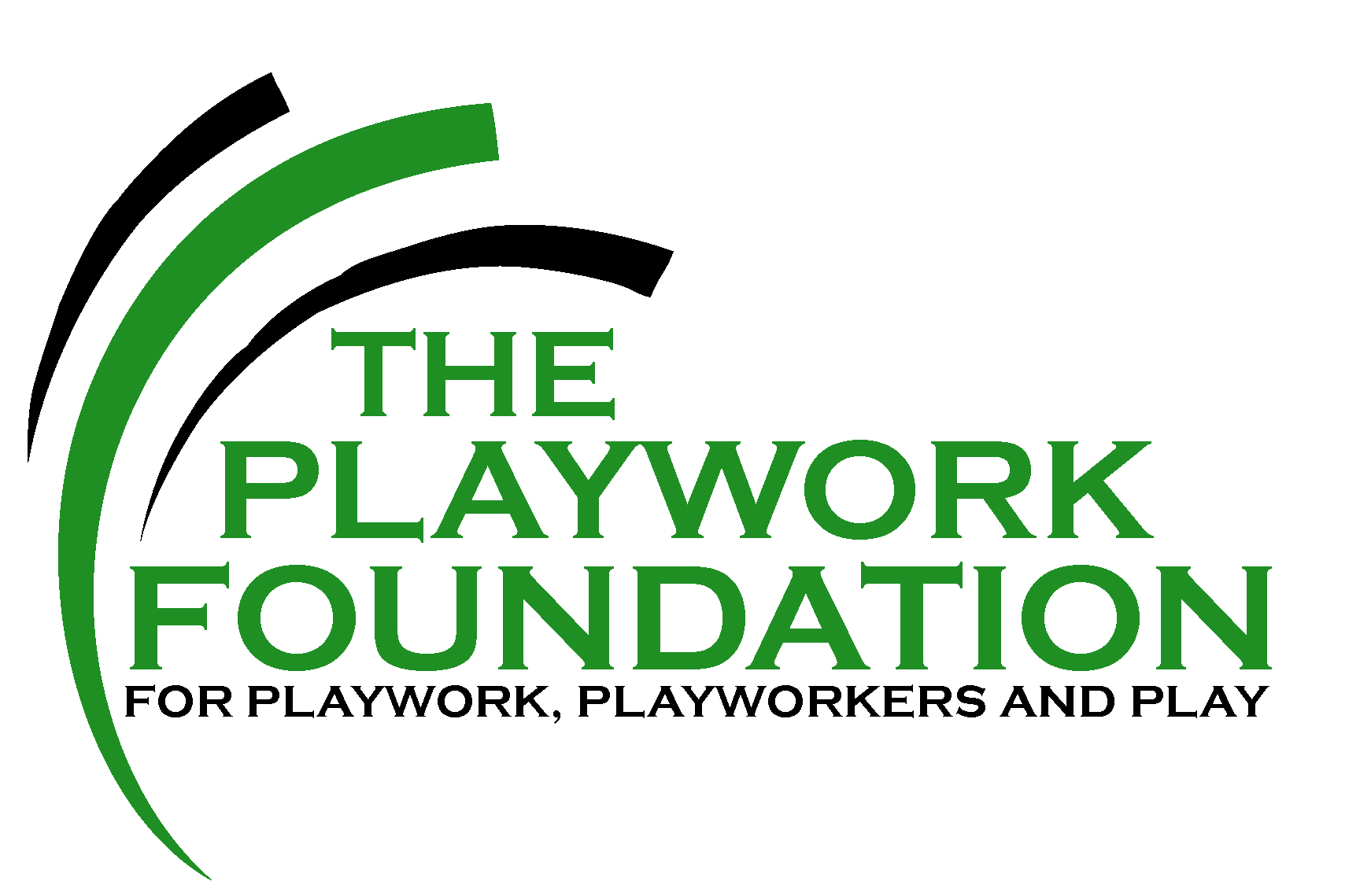