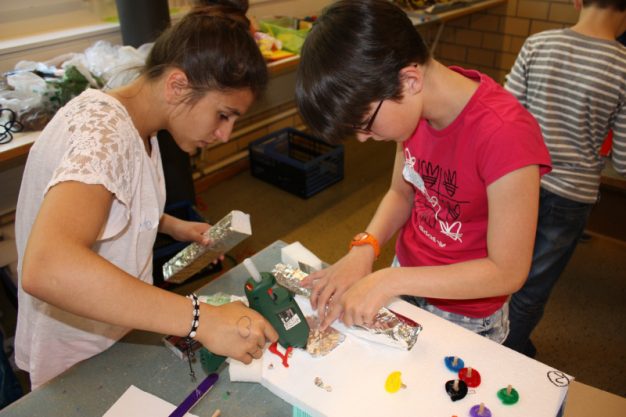 Breitenbach in the canton of Solothurn is pioneering a new approach, unique in Switzerland, to children and young people’s participation in the planning and design of their built environment. The municipality is giving students at all levels the opportunity to put their experiences and ideas into new school building concepts through an architectural competition. Zeno Steuri explains.

School is not only a place of education for children. It is also a place of social and physical experiences throughout a large part of their early life. In addition to the educational concept of the school and the commitment of the teachers, the spatial design of the school environment can also influence children’s learning behaviour and their mental and psychological development.

With regard to the UN Convention on the Rights of the child, it makes sense to involve the children directly affected by school buildings in their planning and design. Such a process enables children to learn positively about their direct relationship with their immediate environment. In exchanging opinions with fellow students they also learn the valuable life skills of negotiation and compromise; discovering, through experience, the concept of working for the common good.

In February 2016, as head of KinderKraftWerk, I presented to the municipality’s construction committee a participatory process for schoolchildren of different ages to be included in the planning for a new school. After meeting with the agreement of the school management authorities, and also that of the community, the process was officially approved and adopted by the municipal council.

The use of the results of the architectural competition has been defined in the architects’ specifications. More than 400 pupils from kindergarten to high school together with teachers, principals and caretakers participated in the project. The process was directed a KinderKraftWerk team complemented by youth workers and children and young people the Solothurn canton.

In the selection of the winning project of the architectural competition, the Kinderkraftwerk was able to assess all the project inputs according to the needs of the children who were involved in the analysis and planning process. Construction starts in spring 2018. Up to this point, participation of the pupils in the shaping and design of the school must be negotiated with the architects. Workshops are planned with the architects for the design of rooms and corridors, as well as seating areas and pavilions in the schoolyard. Thanks to the decision of the municipal council, this part of the participation can now also be tackled.

Resource for planners and architects

As well as directly benefiting the schools involved, the results of are also intended to serve as a guideline and resource for planning and architecture professionals in the elaboration of spatial planning. The project demonstrates that a comprehensive approach to children and young people’s participation – in analysing, planning and shaping the designs that they will use – engages the head, the heart and the hands of all involved. There can be little doubt that such participation has a key role to play in education, in the broadest sense of the word.

KinderKraftWerk’s guidance on the participation of children and young people in school planning, developed from the Breitenbach project can be viewed here