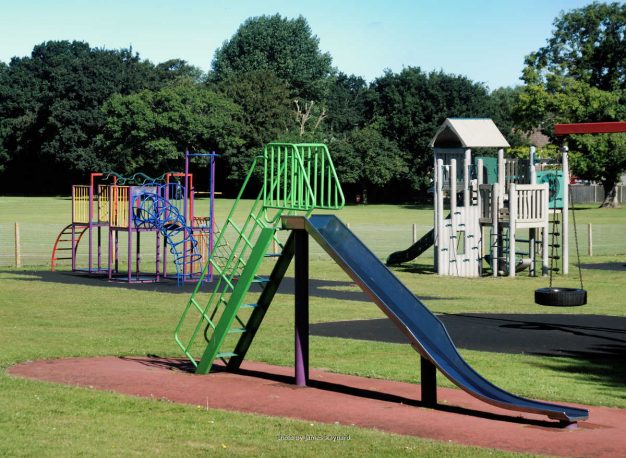 A disconnect between advocacy and provision for play

The International Play Association conference in Calgary provided Robin Sutcliffe with an opportunity to reflect, a process which gave rise to some concerns. In the first of this two part-article, he suggests that the ‘movers and shakers’ of the play world have much to do to close the gap between aspiration and reality in play provision.

At the Sutcliffe Play Home Show this year, one of the co-authors of Design for Play (Play England, 2008), Aileen Shackle spoke about the ten principles set out in that document, and I spoke about the leading role that the UK has taken internationally in the area of risk and play. Naturally, a key part of my presentation was the subject of Risk-Benefit Assessments (RBA) – set out in another reputedly influential document from Play England’s work with the UK government’s Play Strategy for England, Managing Risk in Play Provision (Play England 2008, revised 2012).

Afterwards, in questions and answers, it was interesting that, of the local authority officers and others present, virtually none used either the design principles or RBA in their work. There was a consensus that, at best, the design guide had reduced the use of fences – but many of them also claimed that they were already reducing the use of fences before Design for Play was produced. When it came to the question of RBA, most of the audience claimed to be unaware of the approach altogether. Aileen and I were shocked about this gap between advocates for better play opportunities and a more enlightened approach to managing risk, on the one hand, and the real world of parks officers, on the other.

Failure of a generation

The following week, I attended the International Play Association (IPA) Conference in Calgary. The event opened with a brilliant plenary speech by Peter Grey, who concluded with the observation that, given the current state of engagement of governments globally and with the deteriorating environments in which children play or don’t play, the retiring generation (of which I am one) have more or less failed. I wholeheartedly agree (along with climate change, closing the wealth gap, and generally raising the aspirations of society!)

The importance of risk ran though the conference like a name through a stick of rock; including a thread curated by Tim Gill, in which I had a 15-minute slot. Elsewhere, within themes around inclusivity, play in crisis and play in schools, risk was there in all of them. Indeed, towards the end of the conference I was beginning to feel the need to say, “hey, wait a minute, there is more to play than risk. Indeed, there are other issues that may well be more important. Stop! Let’s get back to play!”

While it was encouraging that everyone in Calgary seemed to not only know and understand about RBA, but was enthused about it too, the contrast with our Home Show gave me pause for thought. The IPA conference is where the movers and shakers of the play world gather ­– ­ playworkers, naturalists, adventure playground enthusiasts and play rights advocates – but not, evidently, those who actually deliver playgrounds and play areas in parks; at least certainly not those from the UK. This disconnect is one that we cannot ignore.

Robin Sutcliffe is the Chairman of Sutcliffe Play Ltd.