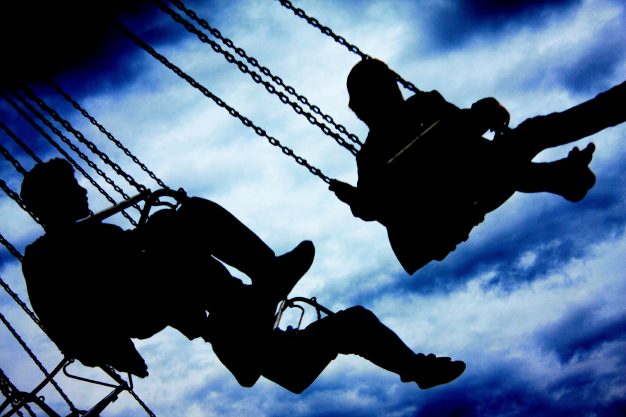 In the second part of this reflection on themes of the IPA world conference in Calgary, Robin Sutcliffe identifies funding cuts and parental anxiety as major obstacles to the aspirations of play advocates, leaving providers isolated and disconnected from the ambition of the ‘movers and shakers’ of the play world.

The second theme that ran through the IPA conference in Calgary was play in crisis. I didn’t get to hear all the sessions on this topic, but the ones I did get to and the subsequent references during the conference and in the IPA journal, have left me with some quite distinct thoughts about this subject.

My first thought is about the different categories of crisis that were researched as part of the IPA’s own Play in Crisis project, and the different roles that play can take and contribute to children in those different situations. It seems to me that they divide into children suffering trauma, either after an event like the Tsunami in Japan, or being refugees, such as in Lebanon; and those that have been born into what we would consider critical situations, but which for them are the norm, such as the squatter children of Kolkata in India, who play between the railway and the River Ganges.

I was also reminded of a wonderful talk at another conference, by a Canadian landscape architect who described building a playground in Sarajevo, after the civil war in Croatia – where the process brought families from the two warring factions together again for the first time since the war; old friends re-establishing broken relationships. It was a very moving talk about an experience that had evidently left a deep impression on the speaker.

So, whereas play can perform a healing role in situations of crisis and trauma, it could be argued that the children of Kolkata were actually enjoying a better play experience on the railway tracks and Ganges riverside than their counterparts in richer cultures, who are often exposed to parental fears and ambitions. Perhaps this reflects the lower crime rates in Mumbai squatter colonies, than in the wealthier suburbs! Who would want to be wealthy?

Which leads me onto my next theme, which also ran through the conference. This was the problem of parents (such a nuisance, parents!). It was interesting, for me, to recall that in reviewing its priorities after the end of its lottery funding and losing its government contracts with the termination of the Play Strategy in 2010-11, our national body, Play England held a members’ meeting to prioritise the issues that we should focus for the immediate future in such a changed landscape. The issue that came out on top was the need to persuade parents of the importance of play and risk. This was echoed in Calgary and, interestingly, also at the Sutcliffe Play Homeshow.

Before I try to bring these reflections to a conclusion, I must mention the positive side of both events. It is always such a pleasure to meet people one truly respects but rarely sees, when the necessary brevity of the contact somehow enhances the relationship, making every moment count. Conversations over good food and wine are part of the conference experience, made all the richer in Calgary because of the buzz in the host country around the genesis and birth of Outdoor Play Canada.

My biggest concern here in the UK is the one first recognised by Aileen Shackell after our home show. This is the disconnect between the austerity-affected practitioners and officers responsible for play provision across the UK, and the movers and shakers trying to influence their projects and services.

These providers seem isolated, besieged by parental anxiety and squeezed by big cuts to local authority funding, whilst being entreated to embrace the progressive aspirations of play advocates. I am sure that many of our concerns – the role of play, not just in crisis but in children’s everyday lives; the need for children to encounter the risks that engage and develop their faculties; and the parental barriers to offering them such opportunities – are shared across our sector. The challenge is to find a path to their resolution.

Robin Sutcliffe is the Chairman of Sutcliffe Play Ltd.