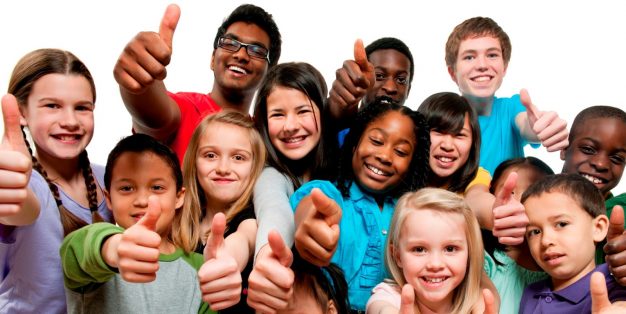 How should we approach children’s participation?

In this first of a two-part reflection on a key theme of Child in the City, Rotterdam 2017, Karine van ’t Land describes one of two seemingly opposing approaches to children’s participation presented at the seminar.

If a city becomes child friendly, everyone wins. This was the key message of the international seminar on Urban Planning and Children, organised by The Child in the City Foundation, The European Network for Child Friendly Cities and the municipality of Rotterdam in June 2017.

Children’s participation in urban planning received ample attention during the conference. Princess Laurentien of Oranje of the Netherlands made a powerful plea to engage children self-evidently in ongoing debates in society. Through her Missing Chapter Foundation, she works to ensure that children’s views and perspectives are not lost in the public debate, bringing together children, leaders, organizations and companies.

Here, the insights on children’s participation in urban planning which came to the fore at the seminar are discussed. How should we proceed? The speakers defended two different approaches: a problem-based and a strength-based approach.

Tim Gill, the independent researcher and author from the UK, presented the problem-based approach. As experts, we know by now what it is that children prefer in urban planning, Gill said. They want space, freedom, independence, social cohesion, safety and trees. It is time to stop talking to like-minded adults about children’s needs and our shared lofty ideals. It is time to raise the pressure to get child participation done; it is time to scale it up; it is time to bring about real change.

A good way to do this is the problem-based approach, Gill suggested. If groups in society are genuinely angry about a pressing problem, they will demand that the problem is solved. The energy and activism caused by pressing problems brings momentum and change.

To illustrate this approach, Gill told the story of the ‘Stop de Kindermoord’ (Stop Child Murder) movements in the Netherlands in the 1970s. A movement of angry mothers no longer accepted the soaring fatalities to city children in road traffic accidents. They protested in manifold ways including the breaking up of streets. Finally, they brought about the safe and spacious infrastructure for cyclists and pedestrians, for which the Netherlands is now famous. 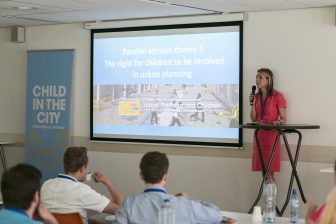 Karine van ’t Land, who facilitated the children’s participation workshop at the Rotterdam seminar, is a public health physician specialising in preventive child care. She is currently finishing her PhD at the Humanities Department, Radboud University, Nijmegen. She has been a project leader in children’s participation work for the City of Rotterdam.