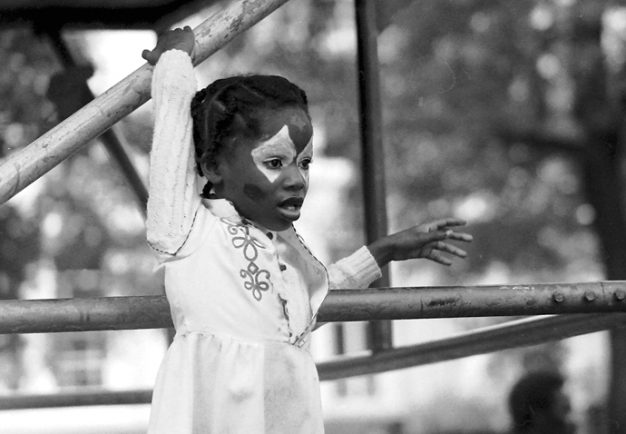 Uncovering a stash of unseen photographs took landscape architect Maisie Rowe back to her childhood – and forward to a meditation on the importance of spaces for play. Over four parts, she tells the story of her own ‘place in space’ and how it has shaped her practice.

By describing landscape as a place in space and childhood as a place in time, might we begin to understand how the two connect? Do we know what is really happening when children touch a landscape with the tips of their fingers and the soles of their feet? And is such an understanding of any use to us, makers of designed landscapes?

I have been engaging with such questions for two decades, motivated by an unusually vivid, almost synaesthetic, memory for the places I experienced as a child. One of these was the Camden Square Community Playcentre in north-west London, where my brother and I played with our friends when I was around nine and ten years old. Known as ‘the Square’, the play centre was a staffed playground run by Camden Council that existed between approximately 1972 and 1987. 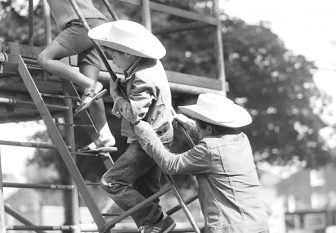 I had tried and failed to find any trace of the play centre until Abdul Chowdry, a former play leader, handed me a
scruffy folder containing the negatives of photographs he had taken at the Square in 1978 and 79 and developed
in a darkroom in the Square’s shipping-container hut.

Most of these 800 pictures had never been printed but, when I began scanning and archiving them, their artistic strength and emotional appeal was conspicuous. These pictures could take their place in the English school of social documentary photography. Curiously, they came to light just as the work of Roger Mayne and Shirley Baker, exponents of that tradition, began to attract renewed attention.

It was mesmerising to compare my mental scrap- book of memories with photographic evidence of the real thing. As the lost playground came alive once more, something was given back to me. I learned to trust my fragmentary
memories. They were not hallucinations or dreams. This place, which belonged to children, had existed. 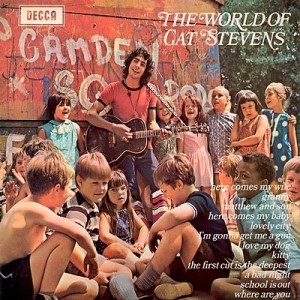 Piecing together the playground’s history, I found that the land had an enduring association with play and leisure that exemplified the way in which certain activities can be enduringly imprinted within the landscape. Incorporated into communal gardens when the Square was built in the 1850s, the site had been paved for tennis courts in the 1880s, before becoming a recognisable playground in the 1950s.

The playground supervisor’s hut had a moment of fame in 1970, when it appeared with local children on the cover of the album The World of Cat Stevens (whose song ‘Where do the Children Play?’ would later became something of an anthem for the play movement).