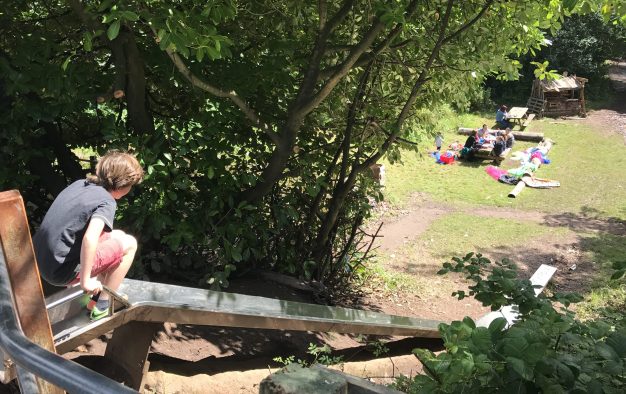 Children’s play is not a springboard, it is the water

In this second part of his comment piece about a national project to ‘use play as a springboard into sport’, Adrian Voce suggests that policymakers would serve children better, including the desired aim of increasing their activity levels, by investing in adventure playgrounds on their own terms and committing to a long-term vision for a child friendly public realm.

Canadian researchers (Alexander et al, 2014) have found that differentiating children’s play types at a policy level, in order to support those deemed to be more conducive to children being ‘healthy and active’, has the effect of regulating their play in a way that neglects important elements of it. They argue that ‘the active play discourse, which valorises some representations of play (i.e. active) while obscuring others (i.e. sedentary), is reshaping meanings of play for children, and that this may have unintended consequences for children’s wellbeing’ (Alexander et al, 2014b). 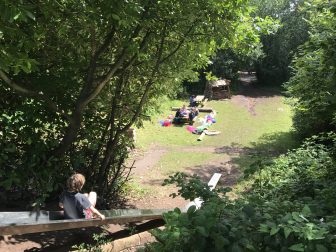 The play projects to benefit from this funding will doubtless resist any pressure to change their practice, but with its explicit aim of building links between the play and sport sectors, especially in the absence of national initiatives to support play for its own sake, it is hard to avoid the impression that Adventure into Sport is an example of the instrumental approach (Lester and Russell, 2008) that has so stymied the movement for children’s right to play to be fully recognised in accordance with the UN Convention on the Rights of the Child (1989).

During the noughties, a progressive, strategic injection of lottery funding followed by a national government play strategy for England (DCSF, 2008), saw a steady expansion and improvement in public play provision and a long-term commitment to make public space in general more playable and child friendly.

At the same time as the Labour Government set out its vision to make every neighbourhood in England an attractive and welcoming place for children to play – with the only measure of success being children’s own satisfaction with what they were offered – the Conservatives’ policy review (Willetts, D, 2007) called for ‘more ball games’ and ‘everyday adventures’ for all children. Even after the change of government in 2010 the Liberal Democrat Deputy Prime Minister, Nick Clegg (2010) announced that ‘it’s not right; it has to change’, that only 21 per cent of children play outside on a daily basis.

Playing is not a springboard into anything. It is the way that children engage with the world to have fun with it and so enjoy their lives now. It is the water.

Since then, play policy at a national level has been notable by its absence. At the recent general election, within the manifestos of the three main UK-wide parties combined, there were 145 references to children and 55 to young people, with the overwhelming majority of these to do with education policy. Other child policy areas receiving attention from the parties vying for votes were childcare (23 references), early years (15) and youth services (9). How many references were there to children’s play?

The answer is none. Not one of the main parties had anything to say about children’s profound need for space to play, or about how to create the child-friendly, playable neighbourhoods that were so recently viewed by them as crucial to creating ‘cohesive communities’ and ‘liveable environments’. This, in spite of the All Party Parliamentary Group on Fit and Healthy Childhoods calling for just such a revival of the national play strategy approach.

In contrast, when children and young people themselves are asked what is most important to them, a perennial top priority is ‘being able to play’ (Children’s Commissioner for England, 2015), but in the absence of any other recognition that this matters, the message that Adventure into Sport seems to convey to them is: ‘that’s fine, as long as it helps you to be fit and sporty’.

There is a rich irony here. Research (Mackett and Paskins, 2008) has suggested that children burn more calories when they are free to play than through almost any other activity, including organised sports. If government and its agents really want an energised, active child population it should see past adult society’s obsession with sport and set about reinvigorating the adventure playground movement on its own terms, and on a much bigger scale – including the reestablishment of playwork as the standard practice for all out-of-school provision. 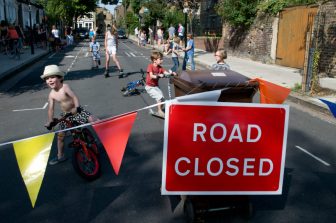 Policymakers should also embrace the aims of the child-friendly city movement: to rein in the dominance of the car and reshape the public realm – responding to the current street play movement by enabling the kind of sessions facilitated by temporary street closures to become an increasingly permanent part of playable, liveable neighbourhoods.

From a range of academic perspectives (Lester and Russell, 2008) different studies have concluded that playing is not a springboard to anything. It is simply the way that children and young people engage with the world in order to have fun with it, and so enjoy their lives now. It is the water. Of course playing often involves games that morph into sport, but to predetermine that pathway, privileging some forms of play over others, is to tragically miss the point.

3 comments op “Children’s play is not a springboard, it is the water”

Great article; makes an extremely strong case about why play should not be overlooked as a benefit in its own right. I felt extremely uncomfortable when I read about the sport funding and connection.

Thanks Tanya. I think a lot of people are uncomfortable about it, especially in the absence of any meaningful policy or funding for play in it’s own right.

Well said, Adrian. I believe that we need effective ways to create a political movement that will activate parents to campaign for high quality play facilities and services in every neighbourhood. Top-down methods have failed to achieve this. Perhaps we need to address our campaign directly to parents, arguing that they demand that
every political party includes better play provision as a main plank in their local policies.