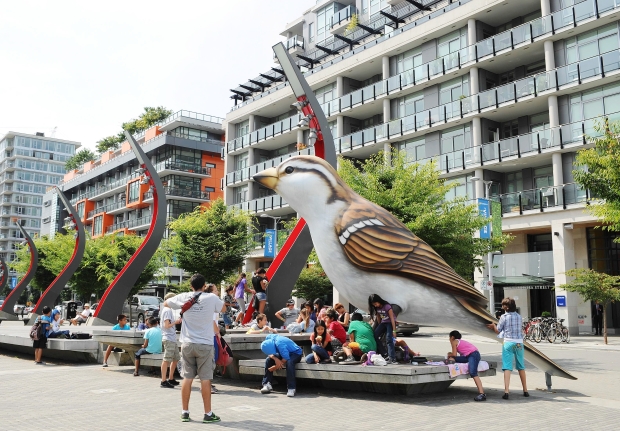 Is community ownership the way out of the housing crisis?

In this third part of her article about housing co-opertatives in Vancouver, urbanist Jillian Glover finds growing support for the idea of communities themselves becoming the new social landlords.

Speaking about the affordable housing shortage in British Columbia, in an interview with the Huffington Post, Fiona Jackson, communications director of the Co-operative Housing Federation of B.C. said “This will be a crisis for thousands of families in B.C. who will not be able to afford the full market rent of their co-op homes. It is also a crisis for the co-ops because these are members of their communities who will have to leave,” says

In spite of an unstable supply, the demand for co-op housing remains high. A few months ago, hundreds of people lined up for an opening at a co-op in Vancouver’s Mount Pleasant neighbourhood. Thom Armstrong, the executive director of the Co-operative Housing Federation of B.C., says that many co-ops in the city have become so popular, they’ve had to eliminate their wait lists altogether. “Co-ops are telling us that their waiting lists are sometimes one, two — even three years long,” Armstrong says.

Housing affordability is at crisis levels for major Canadian cities like Vancouver and Toronto; and, there appears to be more government appetite for supporting all forms of affordable housing, including co-ops. According to Yuri, the tide is finally changing: “After a generation of disinvestment in co-ops, all levels of government are showing interest again. But, the majority of the co-op sector realizes that there won’t be a return to 1980s-style government housing expenditures.”

Canada is now moving into an era where there will be many different types of housing co-ops. In British Columbia, this includes delivering more co-op housing through a Community Land Trust, a non-profit society launched in 2015 with the goal of acquiring, creating and preserving affordable housing across the province. 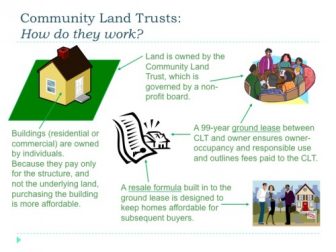 The Community Land Trust currently has 358 homes on four sites under construction in the City of Vancouver on land leased for 99 years. Rents for these homes will average close to 25 per cent below market and more than half of the housing (182 two and three bed homes) will be for families.

There is also a lease-to-own model offered to residents, where they can pay a rental rate to the Land Trust for a period of time, after which they may choose to purchase the unit with a portion of the rent paid to date. The objective of this model is to help low-income households move into home ownership.

“There is an opportunity for Community Land Trusts to be used across the housing spectrum – from social housing to rental housing to co-ops to home ownership. It could be the foundation for a Canadian affordable housing strategy based on social innovation of the best kind: creating housing that is owned by the community,“ says Yuri.

It could be the foundation for a housing strategy based on social innovation of the best kind: creating housing that is owned by the community.

Co-ops currently house tens of thousands of families across Canada and home ownership is becoming unattainable for many of them. Now is the time to apply innovative ideas like Community Land Trusts across the affordable housing spectrum, offering families greater stability and a supportive community.