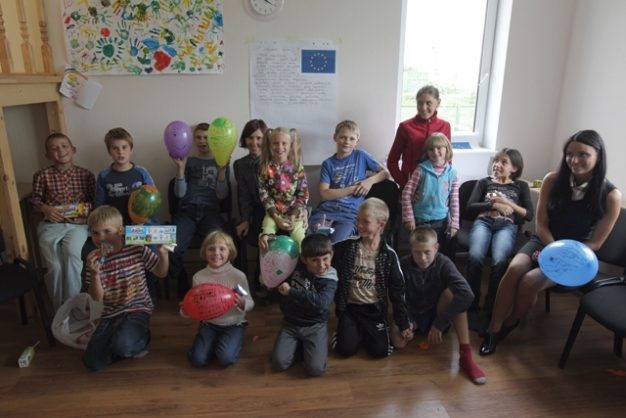 The children’s commissioner for England, Anne Longfield has called on EU and British negotiators to prioritise the resolution of residency status for children both in the UK and in mainland Europe. Adrian Voce reports.

Following her earlier warning that more than 1/2 a million children’s mental health may be at risk from the uncertainty over their future, the children’s commissioner for England, Anne Longfield has written to Brexit negotiators on each side to take a more urgent and constructive approach to the residency status of the hundreds of thousands of children born to EU nationals living in England* as well as the thousands of UK-born children living in the remaining EU member states.

In her letter to the EU’s chief Brexit negotiator, Michel Barnier, Longfield has asked for faster progress in the talks; that children should be a priority in negotiations; and that children should be given guarantees of future residency status. There are approximately 588,000 children of EU nationals living in England including 260,000 who were born in the UK.

Under the current EU proposals the future status of children will not be resolved until details of the jurisdiction of the European Court of Justice (ECJ) are agreed. Longfield notes that this is not likely until the end of negotiations in 2019. In her letter to Barnier, Longfield calls for the issue of immigration rights to be separated from ECJ jurisdiction and made a distinct priority. She accuses the negotiators of intending to use “bargaining chips”, leaving them in limbo at a time when they are already anxious about their future. Longfield’s letter says:

“If the EU genuinely want to resolve the question of residence rights of EU nationals, they need to separate out the two issues to enable a negotiation in good faith which can give certainty to the hundreds of thousands of children and their families left in limbo. Two more years of uncertainty feels like a long time to a child.”

Her letter also points out that children who may have to leave the UK after Brexit face considerable disruption to their family life, education and friendships. The Office of the Children’s Commissioner gave the example of one EU family living in the UK where only two of their three children qualified as British citizens due to bureaucratic and administrative hurdles. In another example, each of four children from one EU family living in the UK has a different citizenship status.

Longfield has also written separately to the UK government’s chief Brexit minister David Davis for clarification on the UK’s position on the rights of children of EU nationals in the UK. She has previously warned that uncertainty over their future residency status places children children ‘at risk of anxiety disorders and depression’.

*Under UK devolved government, each of the other British nations, Northern Ireland, Scotland and Wales, has its own children’s commissioner.