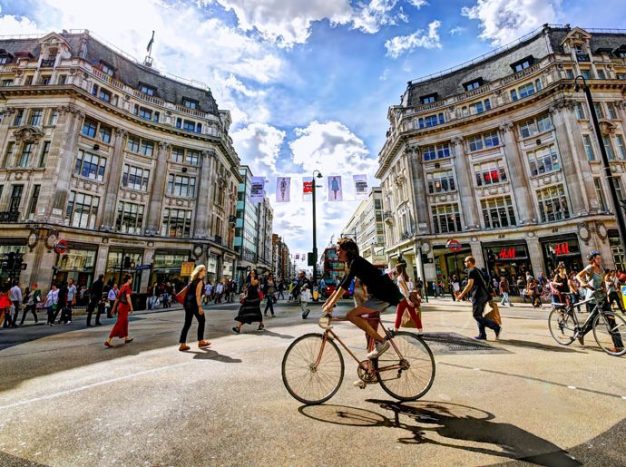 A new survey by Volvo has found that more than half of all UK adults would be happy to tolerate only public transport being allowed in their nearest city if it meant air quality could be improved. Adrian Voce reports

Air pollution in cities is one of the greatest public health challenges of the 21st Century, not least because of its impact on the health of children and young people. Great Britain is especially affected, with recent UK government data revealing, for example, that dangerous levels of nitrogen dioxide (NO2) pollution from diesel traffic is threatening the health of children in many, not just the largest, urban centres.

An analysis by Greenpeace and the Guardian earlier this year found that more than 1,000 nurseries (kindergartens) which look after 47,000 babies and children are in close proximity to roads where the level of nitrogen dioxide from diesel traffic exceeds the legal limit of 40µg/m3, (micrograms per cubic metre of air).

Now a poll of 2,000 people by Volvo Buses found 52% of adults said they would accept only public transport in their nearest city if it meant cleaner air, and nearly a quarter (23%) said they would prioritise public money being invested into improved or increased bus services in UK cities.

Volvo Buses, a manufacturer of large buses and coaches, including three kinds of electrified bus, found over a quarter (26%) of respondents said they believed making buses electric would have the greatest reduction in harmful gas emissions. This survey follows on from the Government’s recent publication of its draft plan for consultation to improve air quality by reducing nitrogen dioxide levels in the UK. It is estimated long-term exposure to air pollution is responsible for the premature deaths of more than 40,000 people annually in the UK — 9,000 in London alone.

According to Transport for London (TfL), 2.4 billion passenger journeys were made on London’s buses in 2014/15. Advances in technology mean there are a number of options to further electrify city bus fleets, which would contribute to reducing emissions in cities. These include new ‘plug-in-hybrid’ and pure electric buses, which reduce CO2 emissions by 47-100%, eliminate noise and reduce NOx (Nitrogen Oxides) and particulate emissions by 99-100% when compared to conventional buses. 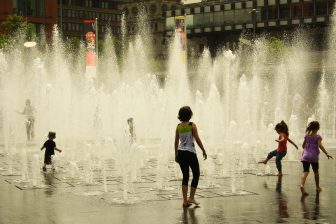 Many UK cities, such as London (above) and Manchester (right) have introduced pedestrian zones and restricted traffic flow in recent years, to open up more public spaces for social and cultural activity, including children’s play, but none has so far banned private vehicles from its central areas.

Ulf Magnusson, of Volvo Group said: ‘we believe electric bus systems are the future of urban public transport, as environmentally clean and comfortable as a tram or light rail, but at a fraction of the overall cost.

‘As major cities look to improve air quality’ Magnusson continued, ‘reduce noise and future-proof its public transport, electric bus systems have great potential to be part of the solution. What these results show is that the implementation of cleaner air practices and infrastructure is a priority for the public, key to this is the fundamental support from government level.’