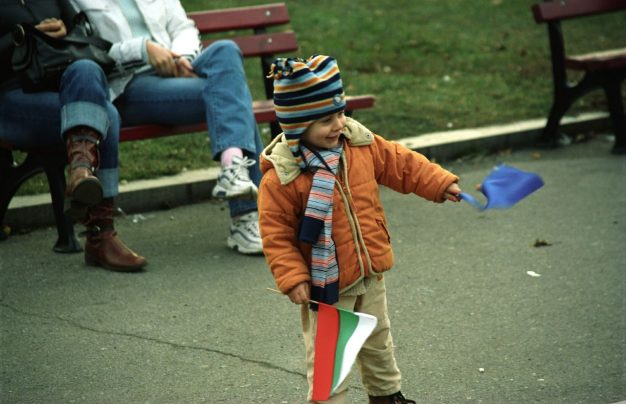 What has the EU ever done for children?

In the wake of the UK government’s triggering of article 50 of the Lisbon Treaty, thereby formally beginning the process that will lead to Britain’s exit from the European Union, and in the light of the 60th anniversary of the Treaty of Rome, which began the modern European project, we reflect here on the way the EU works for children. We also hear from a children’s advocate working at the heart of the European project who believes that, although there has been great progress in children’s rights and wellbeing under the EU, the greater engagement of children in its democratic processes must be a key to the union’s future.

The European Union has possibly never before been under so much scrutiny. Recent events have given rise to questions about its very survival as a supranational governmental entity. On top of the Eurozone crisis, the close UK referendum result last June, for Britain to leave after 40 years of membership, sent shockwaves through EU institutions and is highlighting similar divisions within other members states.

The rise in support for populist nationalism in some other EU countries and elsewhere in the world – most notably in the US – represents a serious political and ideological challenge to the very rationale on which the union is premised; and, should another member state choose to leave, the project would be in serious jeopardy.

How are these major geo-political events relevant to children and their advocates? Politics and professional practice are uneasy bedfellows, but sometimes the issues are so profound – the stakes so high – that advocacy cannot remain aloof to them. We may feel that we have to make a choice – as professionals as well as private individuals. And so what are the issues for children in the big European debate? And how should children’s rights advocates and children’s practitioners respond?

The EU as such is not a signatory to the UN Convention on the Rights of the Child (CRC), and so there was always the potential for tensions between EU and domestic policy. However, according to Canetti et al (2012) ‘the entry into force of the Lisbon Treaty … integrated the protection of children’s rights as an objective of the EU, requiring (its) institutions to take children’s rights into consideration while adopting measures affecting them’

Although one of the big issues for the child friendly city movement, children’s right to play, is rarely explicit in EU documentation or activity, areas affecting children and young people where the EU is active in different ways include asylum and immigration; education; media and the internet; violence against children; wellbeing and poverty; and children’s rights in general.

“In a better place”

According to Jana Hainsworth, secretary-general of Eurochild, “We cannot underestimate the EU’s progress in the area of human rights and social development. From the formalisation of children’s rights under EU laws, to the provision of services that have directly improved children’s lives, children in Europe are in a better place, thanks to collective work of the different institutions and people that make up the European Union”. 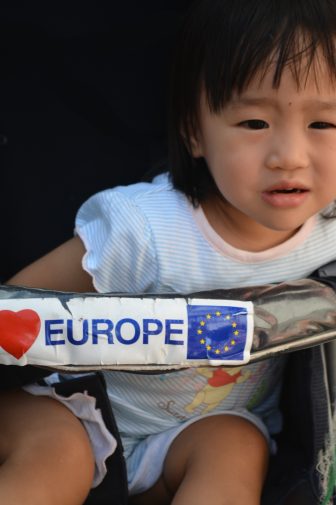 So strongly does Hainsworth believe the EU is a positive force for children’s rights and wellbeing, she recently published an article identifying the specific ‘concrete ways in which the EU has been good for children’. It details how children’s rights have been formally embedded in the EU Constitution and the EU Charter on Fundamental Rights, acknowledging children as independent and autonomous rights-holders and how the European Commission has developed a vision to realise children’s rights within Europe – The Strategy on the Rights of the Child (2006), followed by the Agenda for the Rights of the Child (2011).

Child protection is legislated under EU law, wherein, following the adoption of the Lisbon Treaty, a number of EU legal instruments have articulated common minimum standards in child protection, including asylum, combatting trafficking and sexual abuse and exploitation.

Ending child poverty is also a priority for the EU. Ainsworth’s article say that, while a legal obligation and specific targets to end child poverty in the EU may be lacking, the 2013 Recommendation on Investing in Children gives comprehensive guidance to tackle child poverty, including the value of children’s participation in decision-making.

Free movement across the EU has become an important part of student life, thanks to the Erasmus programme, established in 1987, which has given successive generations the opportunity to study, train, volunteer or gain professional experience abroad.

Childcare is increasingly promoted as equally important for gender equality and children’s development. EU has supported member states to agree on targets for childcare places for at least 90% of children aged 3 and over, and at least 33% of children under age 3 (the so-called ‘Barcelona targets’); the quality of childcare provision is also emphasised. Furthermore, EU funds have contributed to better quality care for children separated from families. In Bulgaria for instance, €100 million of EU funds were invested to support de-institutionalisation reforms for children.

The EU helps to create a safer online environment for children. Raising awareness of opportunities and (data protection and privacy) risks of the Internet for young people, the EU has offered policy guidance through its Strategy for a Better Internet for Children (Commission 2012). The EU is also creating a safer online environment for children fighting against the online distribution of child sexual abuse material.

Hainsworth acknowledges that the EU could do more in each of these and other policy areas, and is committed to helping to develop this potential. She believes the forthcoming European Pillar of Social Rights will be an important milestone that will embrace the engagement of children in participatory democracy and social inclusion.

“The future of Europe cannot be defined without engaging with those who will live through it and eventually drive it”, she says, exhorting Europe’s leaders to keep children’s rights firmly at the centre of their vision for the EU’s future.

Jana Hainsworth’s blog, ’10 reasons why the EU has been good for children’ can be read here

The EU and children’s rights 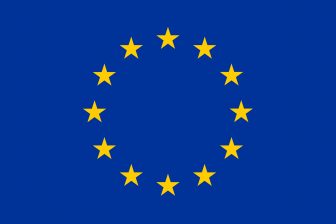 The EU Agenda for the Rights of the Child was published in February 2011, and can be found here

The EU Framework of Law for Children’s Rights, 2012, can be found here