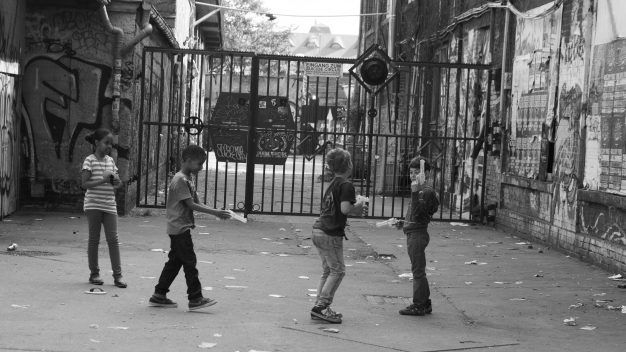 Is joining the German army a game?

With its recent recruitment campaign, the German army has provoked outrage from children’s play advocates by comparing enlisting in the forces to playing outside; evoking, say its critics, some dark echoes from the country’s past. Berta Kaufmann reports.

To invoke a metaphor in keeping with the subject, words are like cannonballs: once fired, they cannot be taken back. The German army, or Bundeswehr, has caused a storm of controversy with a recent advertising campaign that likened a career in the armed services to playing outside; the prospect of real armed combat, rather than mere simulation on screens, an enticement to serve. The campaign was launched in November and then swiftly withdrawn, but not before the damage was done. 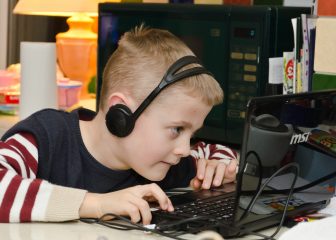 Large posters showed computers, game consoles and hand-held devices; all abandoned on a table containing half empty cans of drink. The slogan? ‘From November …(this kind of game) … is played outside’. The ads contained a link to a YouTube army recruitment trailer that repeated the message, only now with the insertion of an army assault rifle where the electronic toys used to be, seeming to invite players of the ‘shoot-em-up’ games, so popular with young people, to try the real thing.

In a strongly worded letter to the Ministry of Defence dated 18 November 2016, complaining about the campaign, Outdoor children, or Draussenkinder, the campaign group that advocates for more outdoor children’s play opportunities, is highly critical. ‘Is the Bundeswehr a game, perhaps even a children’s game?’ says the letter, which is published on Draussenkinder’s website. It suggests that German history is partly responsible for the decline in outdoor play, because ‘the joy of the game outside, the testing and strengthening of the body, and co-operation with nature have been abused on several occasions in Germany’s past, for the preparation of war, military service and indoctrination’. 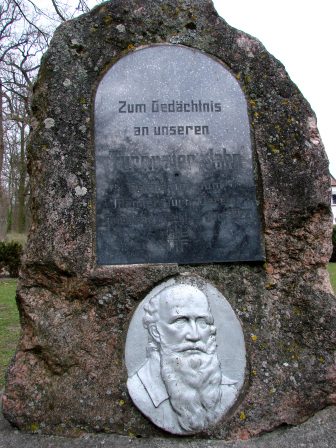 ‘This campaign evokes some dark times from Germany’s past. The country has a historical tradition of dressing up military or pre-military training as healthy, playful or sporting activity. For example there was the legendary Turnvater Jahn, the so-called ‘Father of Gymnastics’, who installed the world’s first outdoor gym, in Berlin in 1811, in order that passers-by might become interested in taking part. The long-term goal, however, was not a sporting one; but to make German youth more fit for military service in the Napoleonic Wars.

‘The same objective was pursued by the Union for Nation and Youth Games or Verein der Volks und Jugendspiele, that was founded at the end of the 19th century and whose maxim puts the famously ambiguous nature of play – or society’s constructs of it – in a nutshell: Pro patria est dum ludere videmur, or It is for the country, even if it seems we are only playing.

‘To some social historians, this German tendency to align playing children with the pursuit of the patriotic, moral purpose of achieving physical excellence partly inspired early play movements elsewhere, including the Playground Association of America (founded in 1906) with its aim of getting children off the street to channel their playful energy in a more ‘virtuous’, and socially acceptable direction.

‘Nobody needs reminding that the Nazi party’s youth organisation, Hitler-Jugend, which included a junior branch, Deutsches Jungvolk, originally appropriated many of its methods from the Boy Scouts movement, only to distort them into para-militarism and fascist indoctrination. This latest encounter of the contemporary German play and youth movement with the arms of the state (no pun intended), of course bares no comparison with that darkest episode in German history, but, in a new era of populist nationalism in the West, it both highlights the contrasting political sensibilities that still exist, and carries some troubling overtones’.

Draussenkinder has not revealed how the Government has responded to its letter but, even though the offending posters have been removed, the slogan remains on the Bundeswehr website and still appears in the YouTube video. This, despite Draussenkinder asking for its immediate removal, saying in their letter to the Ministry: ‘Your video makes our work very difficult’.

*Darijana Hahn is a Doctor of Cultural Anthropology, a member of the German Union of the Child’s Right to Play, and on the board of the European Network for Child Friendly Cities.

Editor’s note
This article was changed on 5 March 2017 to attribute the contextual analysis to Dr. Hahn and to clarify beyond ambiguity that all quotes cited in the article are translated from Draussenkinder’s published letter to the German Ministry of Defence, dated 18 November 2016.