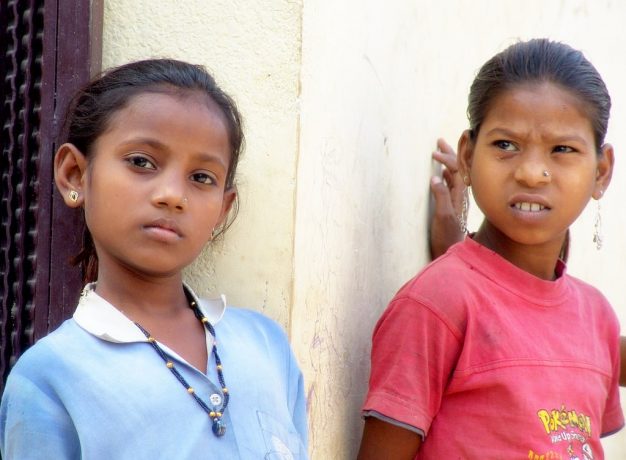 The campaign to include India’s children in urban planning

Preeti Prada draws attention to the problem of ignoring the preferences of ‘tomorrow’s citizens’ in city planning and discusses how the Humara Bachpan campaign is seeking to address this by giving children in poor urban areas the opportunity to model their dream neighbourhoods and ask local government officials for change.

Despite the international conventions well-meaning adults, including policy makers, service providers, parents and caregivers too often make decisions on behalf of children on issues which have a direct impact on the young people’s lives. In many scenarios this arises from dissonance between what children want and what is considered necessary for the child, but in others the exclusion is problematic. Urban governance in particular currently lacks understanding about childhood in cities. While the quest should be towards shaping shared spaces collectively, cities today reveal a layer of incremental complexities and city planning is currently about sporadically fulfilling micro agendas. How do we plan the future India by creating cities responsive to the children who are citizens of today and tomorrow?

There are 158.8 million children in India as per the Census of India 2011.Of these, 41.2 million children, approximately 26 per cent of the total, reside in urban areas and according to a 2011 statistical compendium, one in eight urban dwellers between nought and six years of age live in a slum. Are the Indian cities and government initiatives prepared for this section of citizens? Young children in particular are invisible; there is no accurate data about them. The urban renewal policies and schemes often don’t mention them (except for occasional mentions under ‘vulnerable groups’) and there is no demarcated budgetary allocation towards their development. There are no indicators that capture a child’s living conditions, well being and development concerns.

More than 150 million children in India are at risk of becoming malnourished due to escalating food prices. This is compounded by high levels of child morbidity stemming from lack of access to safe drinking water, poor sanitation and a lack of awareness about appropriate health and hygiene practices.  46% of children under three in India are underweight and 38% are stunted. A USAID study in 2002 found that infant mortality rates were twice as high in slums as the national rural average, and that slum children under five suffer and die more often from diarrhoea and acute respiratory infection than rural children.

With the introduction of urban renewal policies in the form of Rajiv Awaas Yojana (RAY), Jawaharlal National Urban Renewal Mission (JNNURM) and the 100 Smart Cities initiative of Government of India, urban local governments are in a spree to transform houses in poor neighbourhoods from ‘kutcha’ (makeshift) to ‘pucca’ (permanent/first-rate) to meet targets under ‘Housing for All’.  But is consideration given to creating child-friendly homes? Is priority being given to how thermally and spatially conducive structures are for the children living in? It seems not: no Community Impact Assessment or Environmental Impact Assessments are carried out prior to initiation of urban development programs. Even if ‘community participation’ has been acknowledged under the renewal programs, there is no scope for children to be part of the planning process. Adults’ needs and perspectives are equated with the needs of the children, and there is little interest in doing more to canvass the opinions if young people as they aren’t vote banks for the policy makers. The Humara Bachpan (Our Childhood) Campaign works towards bringing in young child leaders growing up in urban poverty to advocate for change in their living conditions. They campaign for better and safer living conditions through child-led participatory planning process of ‘Turning Dreams into Reality’ whereby they create 3D models of their neighbourhood. . They do social mapping exercises to identify resources available and through use of different participatory tools, seek for solutions that can create their dream neighbourhood. The critical part of this process is the engagement with policy makers and civic authorities/officials. After creating their 3D models, children meet with local government representatives of their ward and the city Mayor where they take up issues like spaces for playgrounds, or requirements such as street lights, cleaning of the dustbins on regular basis or having child-friendly community toilets.

The campaign has been operating in 23 cities, reaching out to 35,000 children growing up in urban poverty in India through 325 child clubs today. Government officials of these cities have been actively involved in listening to the dreams and aspirations of the children and are taking steps to make neighbourhoods and cities child-friendly.

It is not enough to have children’s participation just to tick a box, it must be done in spirit and practice. This will only happen when as a society dominated by adults we respect children as stakeholders. Smart, sensible and resilient cities are not about technologically renovated cities but cities that acknowledge the importance of different voices. Children living in urban areas need to be acknowledged as citizens of today – not just tomorrow.

Preeti Prada
The author is an LSE alumna and National Head, Humara Bachpan Campaign. She can be contacted at preeti.prada@gmail.com

Note:  This article gives the views of the author, and not the position of the India at LSE blog, nor of the London School of Economics.

Reblogged with permission from blogs.lse.ac.uk/southasia