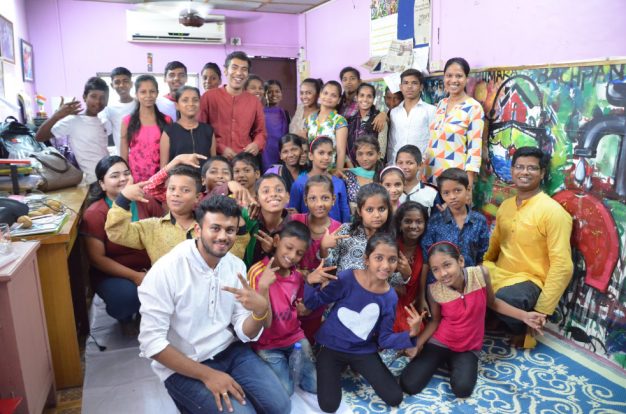 Could progress towards more child friendly cities be better achieved if municipalities were more willing to learn from one another? Alexander Starritt explores how some innovation and good practice in things like participation could have universal application

There’s a reason for the stereotype that city slickers move to the suburbs once they become parents: children are disproportionately vulnerable to urban dangers, whether that’s pollution, violence or speeding traffic.

The most cutting-edge means of figuring out how to make cities safe for children will feel familiar from a dozen other fields: just ask them. India’s Humara Bachpan project has recruited some 35,000 children from 23 cities to help redesign their neighbourhoods. The children point out where things are dangerous and it would be useful to have, for example, better street-lighting in a place where children have been attacked or railings beside a river where several have drowned.

It works so well that one municipality is now consulting children before it does things. Bhubaneswar, the ancient eastern city that won the country’s vast Smart Cities competition, asked children to audit a slum redevelopment project before it began construction. Some 60 children spent four months talking to planners about how they would use the space. And to refine the quality of Humara Bachman’s information, the project has developed an app that tracks children’s movements for a week and then pops up questions on how they feel about where they are.

The principle that information creates change is one being grasped with excitement by governments and businesses all over the world, though of course they call it “big data” rather than “lots of information.” And the more precisely a problem is defined; the more effectively urban planners can wield a scalpel to remove it. So to also bring in things that children find hard to conceptualize, a project in Lima—called Sumbi—asks parents to map out all the social services they use and then work with the city to distribute them more conveniently.

An even more detailed version, called the Child Security Index, is being used in 14 Brazilian cities. And let’s not forget why: 28 adolescents and children are killed in Brazil every day. Sixty thousand people are murdered in Brazil each year, most of them young men. So parents, teachers and social workers use this smartphone app to ask children questions about where and how they feel threatened, and it then maps their answers onto the city’s geography. In Recife, on the north-eastern tip of the country, for example, they found streets where girls felt safer than boys, or that for some children being a certain age was more of a risk than being in a certain place.

These efforts to get children’s perspectives have also given rise to an initiative to see the whole city from the eye level of healthy three-year-old. The international project, run by the Bernard van Leer Foundation and called Urban95 (for 95 centimetres, the average three year-old’s height), asks mayors, planners and architects the question: if you could see the city from an elevation of 95cm, what would you do differently?

The changes that come out of getting information from children can be incredibly simple. In Oslo, for example, it has meant things as granular as cutting down bushes at a certain crossing, because children couldn’t see traffic. That resulted from a smartphone game designed by the city, where children pretend to be secret agents and identify dangerous places on their routes to school. Ultimately, the city wants to make walking to school so safe for children that virtually all of them do it, improving their health and reducing traffic.

You don’t have to reinvent the wheel. You have to make the hub caps yourself, but the wheel is the wheel – Susan Bissell

But of course, the dangers suffered by children don’t all just come from being caught in the cogs of the big city. The terrible thing we all already know is that they’re victims of violence. In Medellin, for example, the big danger for children going to school is not traffic so much as gangs. What they have to do there is form big convoys that guide children through their neighbourhoods to the school gates. Tens of thousands of people take part in these “Highways of Joy,” which play music and sing so that the kids know when to come out of their houses.

I could name literally a hundred other programs that are proven to protect children against violence, whether that’s gangs, bullies, traffickers or their own parents. But as our understanding of cities’ problems and the ways of tackling them has increased in sophistication, the biggest gains could come not from inventing new programs all over the place, but from each city copying the ones that others have spent decades developing elsewhere. Could we have a Humara Bachpan for San Francisco? Could we recreate Oslo’s school-routes app in Mexico City? Could we ask parents to map their use of social services in London, in Berlin, in Tokyo?

The world’s biggest aid organizations believe we can. Ten of them (including the World Health Organization, UNICEF, and the World Bank) have together distilled decades of experience and analysis—of everything from counselling in Lusaka to playground-schemes in Croatia—into a master plan for ending violence against children. “There’s a lot of accumulated wisdom out there and you don’t have to reinvent the wheel. You have to make the hub caps yourself, but the wheel is the wheel,” says Susan Bissell, head of the global partnership implementing the plan in dozens of countries. “We’re trying to connect people who already know things to one another. That will be the nucleus of the whole thing: here’s what works.”

Naturally you can’t merely copy and paste, but just look at a programme like Cure Violence. It treats violence as a disease, sending in ‘interrupters’ to mediate potentially lethal conflagrations and prevent retaliation when there has been a breakout. In Chicago, where the program began, it has saved dozens, perhaps even hundreds, of lives. But it also works in Ciudad Juarez, in San Pedro Sula, in Nairobi, in Cape Town. Perhaps our cities are not as different as we think.

Alexander Starritt is the editor of Apolitical
This blog originally published by Fastcoexist.com