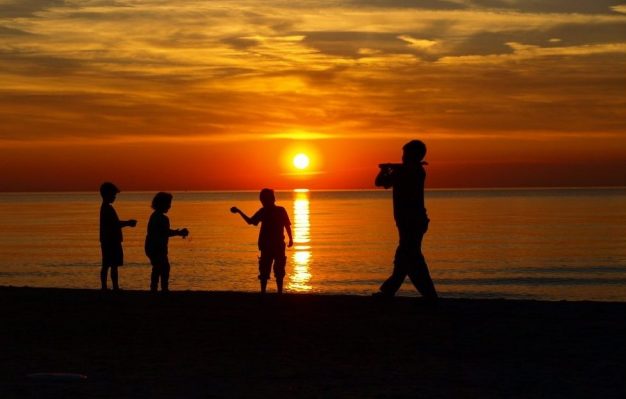 Young people in the vanguard for climate action

Young people acutely concerned that their future is jeopardised by climate change are, in some states of the US, leading the campaign for more action on combatting this global threat. In this first part of a two-part report, Victoria Derr looks at this fast growing movement

While climate scientists and policy makers have projected the threats from climate change for decades, it is today’s children who will live with the long-term consequences. Climate change raises serious issues of intergenerational and trans-boundary equity but is such a large and amorphous problem, it has been slow to gain traction in education and children’s participation realms. COP 21 in Paris in 2015 marked progress toward a much needed global shift in climate policy. Recent actions and initiatives with children and youth also suggest a new era for young people’s influence in this realm.

In 2015, a public interest organization, Our Children’s Trust, filed a lawsuit against the U.S. federal government on behalf of 21 children, aged 9 to 20. They stated that, in their actions that cause climate change, the federal government had violated younger generation’s “rights to life, liberty, and prosperity,” and had failed to protect public resources. In November, U.S. District Judge Ann Aiken issued a historic ruling, allowing the lawsuit to progress through the federal court system. Aiken stated that the “defendants’ actions and inactions – whether or not they violate any specific statutory duty – have so profoundly damaged the planet that they threaten the plaintiffs’ fundamental constitutional rights to life and liberty” (Mark, 2016). She further stated, “the world has suffered” for federal courts’ “cautious and overly deferential” decisions in environmental lawsuits (Mark ,2016).

“I want the government to protect my future”

The plaintiffs, children and youth from 10 states – including Alaska, Colorado, Florida, Hawaii, Oregon, and Louisiana – advance that “climate change is the defining issue of our time” (Xiuhtezcatl Martinez, age 16); that “climate change isn’t just about temperatures and weather, it is about people” (Victoria Barrett, age 17); and that “our government seems to care more about money for the fossil fuel industry than our futures” (Jayden Foutlin, age 13) (Our Children’s Trust 2016). The youngest plaintiff, Levi Draheim, age 9, stated that, “I work hard to protect the environment and animals near my home. I want the government to protect my future and the future of animals and ecosystems in our country” (Our Children’s Trust 2016).

Our Children’s Trust also supports a Youth Climate Action Now (YouCAN) programme that supports youth in advocacy at local government levels. Their goal is to protect the rights of future generations to clean climate and to support youth in civic engagement which helps define these terms in community-specific ways, through climate-recovery ordinances or policies (Our Children’s Trust 2016).