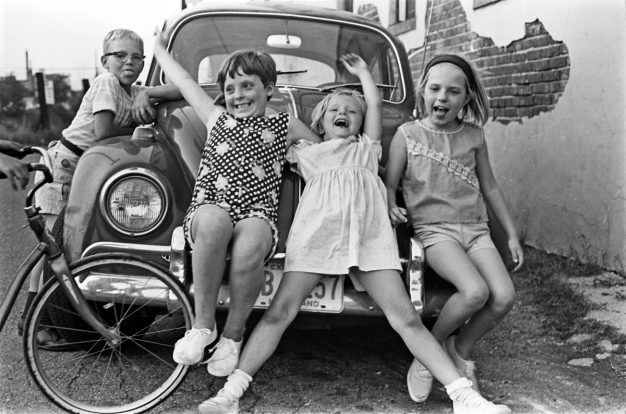 A member of the National Assembly (MNA) for the Canadian province of Quebec, Simon Jolin-Barrette, of the centre-right Coalition Avenir Québec (CAQ) party, has tabled a bill in the assembly that would enable local authorities to encourage children’s play in residential streets.

Simon Jolin-Barrette MNA believes children should be encouraged to play in the street and, maybe more importantly, that cities and municipalities have a responsibility to ensure they can do so safely. Last month he tabled a bill in the Quebec’s National Assembly to encourage municipalities to adopt by-laws that will better frame how children can play in residential streets.

“Everybody in Quebec has played a game of hockey or basketball in the street when they were young,” Jolin-Barrette said on Tuesday. “The bill would be a concrete way of helping to get kids outside, playing and being active.”

According to the latest numbers available from Statistics Canada, only 13 per cent of boys get their required 60 minutes of daily physical activity. That number falls to six per cent for girls. Jolin-Barrette hopes the bill could help curb that trend. Elected in the Borduas riding, he got the idea from a pilot project launched in the city of Beloeil last April.

Under the project, children in Beloeil can play between 7 a.m. and 9 p.m. in residential streets that have been designated safe by the city. Parents can get together to request that their street be designated safe, and if certain conditions are met, the city will put up signs indicating that it is. There needs to be parental supervision and the street must be well-lit at night. The safe-play areas exclude intersections and streets with sharp turns.

Section 500 of Quebec’s Highway Safety Code, which states that people can’t obstruct traffic, is often cited in cases involving children playing in the street. But many municipalities also have their own by-laws governing the issue. Jolin-Barrette says the bill could be used as a guideline for municipalities to implement “play streets” within the context of their already existing by-laws.

A 2010 case in which a Dollard-des-Ormeaux man was fined for overseeing a dozen youths playing a street-hockey game was overturned in court the next year. In the decision, the judge noted the city could consider implementing a model used in Kingston, Ont., that resembles what Beloeil is now doing. “All municipalities will be able to accept it or refuse it, it won’t be imposed,” Jolin-Barrette said. “It’s only a way of making it easier for them to make it possible if they want to.”

Correction: This post was edited on 18 January 2017 to clarify that the bill was tabled in the National Assembly of Quebec, not the federal Parliament of Canada.