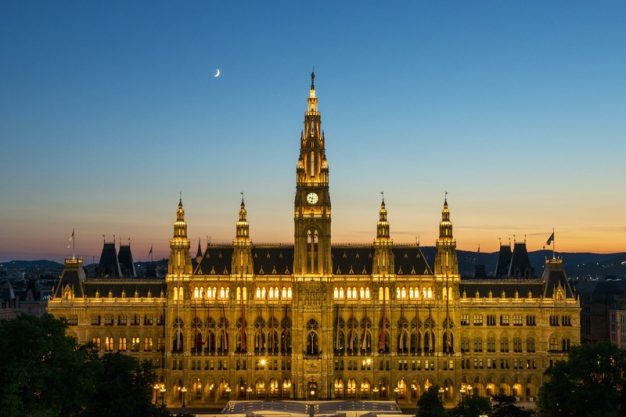 Vienna announced as host of Child in the City 2018

The next Child in the City conference will be hosted by the youth agency WienXxtra, at the City Hall of Vienna, the capital of Austria on 24th – 26th September, 2018. The location for the 9th biennial international event was announced on the final day of Child in the City, 2016, held in Ghent in November.

Highlights of the 8th Child in the City conference were keynote addresses from Lia Karsten, Professor in Urban Geography at the University of Amsterdam, Sven de Visscher PhD lecturer and researcher in social pedagogy at the University of Ghent, and Frosso Motti-Stefanidi, Professor of Psychology at the National and Kapodistrian University of Athens. There was also a chaired panel discussion with elected representatives and senior officials from some past and present conference host cities.

The Ghent conference was hailed as a great success with more than 300 delegates and speakers gathered in the beautiful surroundings of the combined campuses of Ghent’s KASK School of Arts and the STAM museum, whose grounds and buildings are on the site of a restored former abbey and old teaching hospital, close to the city’s historical centre, with its canals, extensive pedestrian zones and distinctive medieval architecture.

Delegates were taken by canal-boat through the illuminated old city to a drinks reception – with unique, cabaret-style entertainments provided by a unique youth inclusion project – at Ghent’s historic city hall. The evening was hosted by Alderwoman Elke Decruynaere, the City of Ghent’s cabinet member for Education, Upbringing and Youth, who also spoke at the conference. To complete the host city’s hospitality, delegates had the opportunity to visit some of the city’s innovative child-friendly spaces and projects before joining a special conference networking dinner in the beautiful St. Peter’s Abbey.

After extensive workshops covering the latest research, policy and practice from the different fields that make up the child-friendly city movement, delegates worked together to synthesise some conclusions from the conference’s four themes: child friendly policies; the position of children in the city; children and the built environment; and refugee and immigrant children and young people in cities and municipalities.

A slide show summary of the conference synthesis will be published here soon.