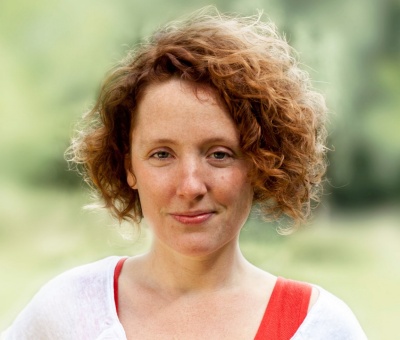 Interview with the City of Ghent’s children’s ambassador, Elke Decruynaere

Elke Decruynaere, the Alderwoman of Education, Upbringing and Youth for Ghent, which is this year’s host of the Child in the City conference, talks about what action her city has taken to become more child-friendly – and why she regards young people’s participation as so important to this objective.

1) How important to you is your role as the youth Alderwoman for Ghent?

Young people can’t vote, but still it is for me as Alderwoman of Education, Upbringing and Youth, an important group of citizens, because they are the future of the city. To make a city more child-and youth-friendly is to prepare the city for the challenges of tomorrow. We must build on the strengths of children and young people. As Alderwoman of Youth, I’m the engine of this project, but it is a story that is worn by the entire City Council.

When I was young, I was very committed, in the Flemish Association of Student Councils (Vlaamse Scholierenkoepel) and, later on, as a member of the party Council of Agalev (Green Party). Thereby, I found out that the young are well able to do politics. Perhaps coming from a place of outrage, young people can, through dialogue, become constructively engaged with the arguments and try to tackle problems.

2) What are the main challenges to implementation of child-friendly initiatives? Who do you work with?

Almost 28% of the total population of Ghent is younger than 25 years. Working on a child-friendly city is a challenge for the whole city. Therefore, in 2013, we decided to include child-friendliness as part of the mission of the city. Then, we spent time working with all the members of the college and with the youth service to on translate this ambition into a concrete plan, with 182 specific actions to make Ghent a more child-friendly city.

Now we have to take the next step: to challenge citizens, including children, young people and organisations to engage more fully in the narrative and vision of this child-friendly city. We want to lower the level of migration of young families out of the city, and to also tackle child poverty and youth unemployment. It is a misunderstanding that a city is not a good place to grow up. On the contrary, it is the best place for children to prepare for the world of tomorrow. But therefore we must commemorate the concept of urbanity. This is the road upon which we have now embarked.

The numbers of children and youth is still increasing. We have to prepare the city for this evolution: in our sport, culture and youth activities; in the capacity of schools and children’s services; in the way we live together in less public space … As alderwoman of Education, Upbringing and Youth, I have to take my responsibility for these challenges, but I can also count on my colleagues on the City Council for their support.

3) What is the process of implementation? Which steps are important to follow or to be aware off?

I don’t want a separate Children’s City. Children and young people should be an integral part of our city. For example, we are working on child-friendly events in Ghent. This does not mean that there must be a separate place for childcare: the event has to be also fun and enjoyable for children and young people. A first step in our child-friendly process was the identification of the needs and requirements of our youngest citizens of Ghent, by use of different channels: ad hoc participation projects as well as continuous participation in the development of city policies. The next step was to develop sufficient support for our ambition, both internally (within the City Council and public services) as well as externally (citizens). A Children’s Secretary and a Program Director were installed.

The Program Director was appointed to implement a Child-friendly Action Plan based on the input of children, young people, city services and the college of Mayor and aldermen. This action plan is owned by the entire City and was finally approved by the City Council. It is now being implemented. The Program Director is responsible for the follow-up, and progress will be annually reported to the City Council and the Youth Council.

The Children’s Secretary is the point of contact for citizens about issues to do with the child-friendly city programme and ensures that as many people and organisations as possible are informed and involved in our ambition. She picks up ideas and proposals for a more child-friendly Ghent and passes these on to the appropriate persons within the city-organisation. Her main communication tool is on-line at www.gentjongenwijs.be

4) Can you share with us the City of Ghent’s most important current child & youth-friendly initiatives? How are these being planned?

For example, we often hear from children and young people that mobility is one of their first concerns. That is the mean reason the City Council decided to invest more a new Mobility Plan. This will develop more child-friendly transport and include measure to reduce traffic and lower its speed. We are also investing in safer school environments. All 180 elementary and secondary schools are evaluated for road safety. We are creating School Streets, in which, at the beginning and end of the school day, the road leading to the school gate is briefly closed so that children can arrive safely.

To keep our city attractive for young families, we need to invest in more childcare, more schools and more affordable housing. But at the same time, we need to make sure we don’t destroy the last green space in our city. And we must also free up capacity in our heads for children and young people: to be more tolerant, for example, when they play outside.

We create more play opportunities for our youngest residents: by installing at least 10 green adventure playgrounds at schools each year, by opening up school playgrounds for the neighbourhood, by setting up play streets (where the street is cordoned off to traffic and becomes a real play-and-meet-place for the neighbourhood). To build a child friendly city means to take children and young people seriously. J1000 for example is a large participation process about growing up in Ghent, which solicits proposals to make Ghent even more a city for children.

With the Grant Climate schools, we want to encourage schools to initiate a project that raises awareness of climate change, climate-friendly behaviour and its concrete environmental benefits. ‘ School Climate ‘ is a project for all Ghent schools that finances projects with the aim to reduce their CO2 emissions.

5) Do you think the current city representatives do enough for children and young people, and their well being? What do you think are the other most important themes for children’s wellbeing?

One could always do more and we must never be complacent, but our plan is quite comprehensive and, as I have said, it has wide support at a senior level, right across the city council. One of the biggest themes for us is child poverty and halting the increase in children living in poverty is a major aim of the whole city government. We also have a strong commitment to combat racism, homophobia and to encourage citizenship and respectful coexistence throughout the city’s different communities.

6) What kind of support does the Flemish government offer to municipalities who make the effort to focus on building child-friendly cities?

The Flemish Minister of Youth nominated Ghent as one of the first Flemish municipalities with the label “child-friendly city”. A jury assessed our application and is responsible for following up on our ambition to become the most child and youth friendly city in the region.

7) What is your opinion on how cities are being developed today? For example, many experts claim that children need to be more involved in their planning. What is your view and how does it translate to the City of Ghent?

Children and young people are very capable of engaging in the planning process and formulating their own proposals for urban development. We support the research KIDS (Children in Urban Areas) of Home-school Gent, whose investigations have shown that children effectively enabled to participate in urban spatial planning processes are able not only to articulate their own aspirations and designs for their environment, but to also take account of the general interests of all inhabitants.

We invest in the participation of children and younger people. Through the project Home in City Hall, for example, third grade elementary school students learn about the functioning of the Ghent City Government and also get the chance to formulate some proposals and put their ideas to the municipality. There are also participation projects in the relocation of squares, parks and school playgrounds … The Youth Council is the critical advisory body for and by young people, which advises us on many policy decisions about children and youth in Ghent.

“Neighbourhoods of the Month” is the name of the meetings between the college of the Mayor and aldermen and the inhabitants of Ghent in 25 districts. For 1 month we organise interactive meetings between District Board and residents around various themes, tailored to 1 district. The Youth Service ensures that children and young people are present and that their voices are heard. Everybody with an idea or a proposal to make Ghent more child-friendly can contact Tina, the Children’s Secretary of our city.

8) What is your wish for the children and youth of the City of Ghent and all over the world?

My main wish is that all children and young people feel that they grow up happy and healthy in their city.

9) The City of Ghent is hosting the 8th Child-friendly conference on 7-9 November. Why do you think it is important for Ghent to host such a conference? What would you like to tell our participants?

We believe in the importance of cooperation between cities to find common responses to the issues that affect the day-to-day lives of our citizens in Europe and beyond. Sharing knowledge and exchanging ideas is the first step; which is why the Child in the City conference is so welcome here. We believe that by hosting this conference our teams will be as stimulated as our guests, with new information and creative ideas to make the ambition of a truly child friendly city an ever-closer reality.

We hope and trust that these three days will be an inspiring experience for you; and please don’t forget to spend some time enjoying our beautiful city!