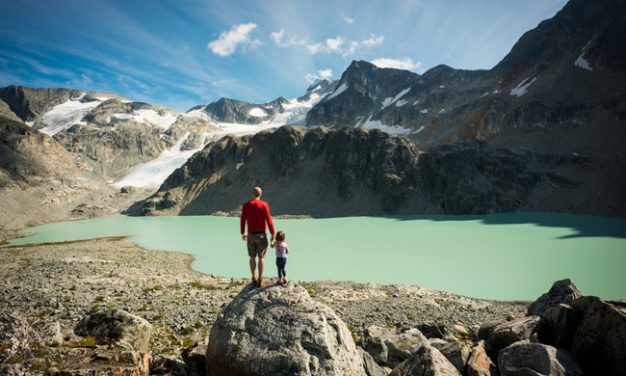 Encouraging children to form an emotional attachment to nature

We read it in the news every day. From climate change to overfishing to deforestation, it seems that we are on the brink of a natural disaster on an epic scale. If we cannot do something to reverse these trends, we will surely make our planet uninhabitable.

But how do we encourage people—especially our kids—to care more and take action?

Scientists are starting to uncover how to encourage that compassionate concern in children.

Social scientists are beginning to look for answers to this question with some promising results. Research indicates that motivating people to care takes more than just reciting facts and making doomsday predictions. Instead, it requires promoting compassionate concern for our natural world, which comes from early contact with nature, empathy for our fellow creatures, and a sense of wonder and fascination.

Specifically, scientists are starting to uncover how to encourage that compassionate concern in children, so that it will translate into pro-environmental behavior down the road—and this research comes not a moment too soon.

Why disaster talk doesn’t move us (and what does)

Painting a disastrous portrait of the Earth’s future often causes us to simply check out. The idea of destruction on such a massive scale can either be too difficult to contemplate or seem too out of our control to motivate action—especially action inconvenient to us, like walking to work or bringing our own bags to the grocery store.

Psychological biases also play a role. When a problem seems distant or abstract, it can easily be pushed aside by more pressing, immediate concerns, like schoolwork or relationship worries.

But scientists have learned that there is a way to overcome these deterrents: developing a compassionate relationship with the natural world. Research suggests that the desire to conserve is intricately tied to our connection to nature—or the degree to which we enjoy spending time in nature, empathize with our fellow creatures, and feel a sense of oneness with nature. That emotional connection increases our sense of personal responsibility toward nature and makes us want to do more to preserve it.

For example, one study by Cynthia Frantz and F. Stephan Mayer looked at the relationship between electricity use and emotional connection to nature in dorm residents at Oberlin College. Students filled out the Connectedness to Nature Scale (CNS) and other measures of self-nature connectedness, and scores were aggregated and compared to dorm electricity use.

Results showed that dorms with higher average connection to nature scores used less electricity than those with lower scores, and this difference was even more pronounced when students were given direct feedback on their electricity use over time. But dorms whose residents on average scored higher on valuing nature and supporting environmental protection measures did not use less electricity, suggesting that having an emotional connection to nature is uniquely powerful in predicting behavior.

In another study, it was students’ implicit feelings about nature that mattered the most. Students from Nanjing University in China took an Implicit Associations Test (IAT), which measured their automatic, unconscious feelings about things associated with built environments (i.e., cars, streets, buildings) versus natural environments (animals, birds, trees). They also filled out the CNS and were asked about their deliberate environmental behaviors—such as how much water they use when washing, or how often they ride a bike or walk to school rather than drive. Afterward, the students were offered a gift of tasty wafers and then asked if they wanted a plastic bag to carry them. Whether or not students asked for the bag was used as a proxy measure of spontaneous environmental behavior.

Results from the experiment showed that CNS scores did not predict results on the IAT, suggesting that our conscious feelings about nature may be different from our less conscious feelings. Scores on the IAT were linked to whether or not students took the bag (a spontaneous pro-environmental act), while CNS scores contributed most to explicit pro-environmental behaviors. The researchers concluded, “In the long term, it would be wise to cultivate people’s connection with nature, promote the emotional and cognitive tie between humans and the natural world,and increase people’s feeling of being one with nature.”

These studies and others suggest that a caring connection to nature may be an important indicator of how much we are willing to engage in behaviors to save our natural world. And that has implications for our kids.