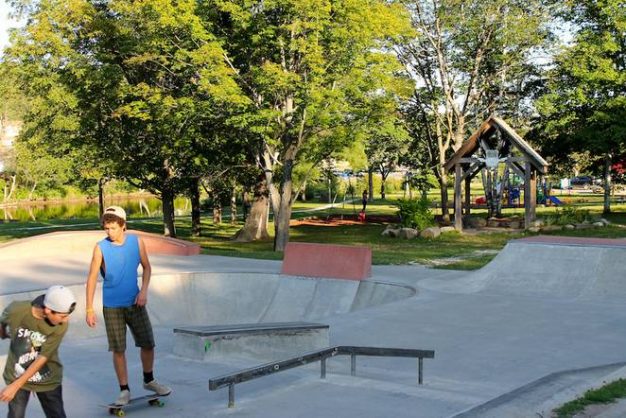 Whether it’s an urban park or a forested wilderness, being close to nature can benefit young people in unexpected ways.

The power of nature has been studied on many occasions. It has been found to calm children and enhance their academic performance. It can soothe and relax adults. Now another study, from the University of Southern California, has found that urban teenagers who grow up with more green space in the vicinity of their homes are less likely to be aggressive.

The researchers followed 1,287 adolescents from 2000 to 2012. The teens came from 640 families in the Greater Los Angeles region, both male and female, from mixed ethnic backgrounds. Parents filled out a Child Behavior Checklist repeatedly throughout the study period, while the amount of green space and vegetation in the neighborhood (up to 1 km / 0.6 miles from their homes) was assessed using satellite imagery.

The results are impressive:
“Exposures to green space within 1,000 meters surrounding residences were associated with reduced aggressive behaviors. The benefit of increasing vegetation over the range commonly seen in urban environments was equivalent to approximately 2 to 2.5 years of behavioral maturation. Socio-demographic factors (e.g., age, gender, race/ethnicity, and socioeconomic status) and neighborhood quality did not confound or modify these associations.”

There are a number of reasons for why nature has this profound effect on adolescent behavior. Pacific Standard Magazine reports that it can reduce maternal stress, which makes offspring less inclined to act out. Furthermore,

“It can encourage physical activity, reduce air pollution levels, and act as a buffer for ambient noise. In addition, green space in urban areas has been shown to preserve the microbial biodiversity needed to drive immunoregulation, and to optimize brain health.”

Anecdotally, many of us can relate to the positive effect that nature has on one’s emotions. If you’re feeling angry or frustrated, there’s nothing like some time spent outdoors to calm oneself, put things into perspective, and feel much better prepared to handle conflict.

The obvious takeaway from this study is that cities and towns would do better to implement more parks, gardens, and forest in neighborhoods, particularly marginalized ones, rather than directing funds toward increased policing. As the study authors write in their conclusion, “Community-based interventions are needed to determine the efficacy of green space as a preemptive strategy to reduce aggressive behaviors in urban environments.”

Hopefully city planners will pay attention to this, as we all stand to benefit from it.