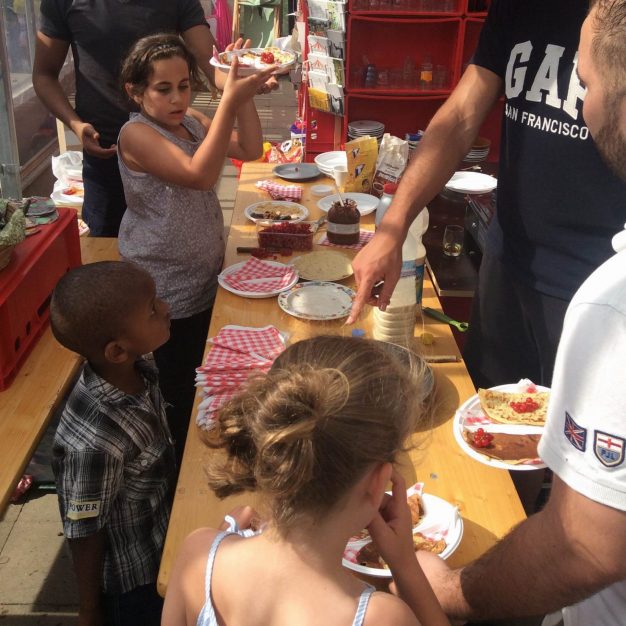 Children and the built environment

Empowered by JES: From outreach to a competence based approach of youth participation in the making of public space along the Brussels Canal.

To increase youth participation in the urban development of Tour & Taxis, JES Stadslabo Brussels strengthens its outreach activity in the nearby Maritime District of Molenbeek with an integrated youth project on competency based learning and education to target ‘hard to reach groups’ in the making of public space in this part of the Brussels Canal Zone.

Long – term support of youth participation in the Brussels Canal zone taught us that a large part of the local youth does not participate in the existing consultative bodies and urban development projects. This seems to be mainly due to the accessibility and culture of these initiatives, but also to the capabilities and behavior of the young people themselves. A large part of the local youth also struggles with the regular education system, is more often confronted with difficulties in getting access to the labor market and only few of them participate in the regular leisure provision.

JES wants to give local youth every opportunity to participate in the transformation of their city by helping them to see, seize and possible create themselves opportunities.  On the other hand we  aim for more accessible urban development processes by introducing a competence based approach of youth participation in different urban projects on different scales. This resulted in an integrated approach of youth participation in the development of parks and open space in the Brussels Tour & Taxis area. 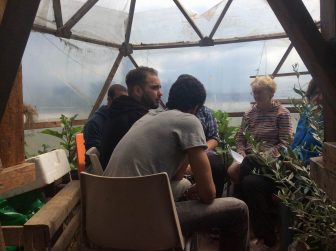 With the sale of most of the site to private developers early 2000s, the Tour Taxis site became an important engine for large scale urban development in the North- West of the Brussels city centre. The first phase of a large park area that gives structure to the larger area was opened to the public in 2014. The realization of the central park and the beginning of the construction of the first apartments followed one year later. The Tour & Taxis site is partially  going to be closed for the public and until today the accessibility of the central and large park is not guaranteed. Given the lack of public space and the amount of (young) people living in the surrounding neighborhoods together with the absence of any social housing units on site, the project risks to create an exclusive urban bubble along the Brussels canal.

Informed by local youth on their needs en wishes, and attuned to regeneration projects in the surrounding neigbourhoods, JES developed a competency based strategy for long term support on youth participation in the development of the larger area of Tour & Taxis. From within a new built local youth center the WAC- (work-related acquired competences) worker addresses largely unskilled youngsters. Together with local young people the RAC- (recognized acquired competences) worker sets competency trajectories focusing on their leisure activity. And from within a supralocal network of engaged associations and inhabitants, the youth participation worker engages with youngsters, to inform them about the urban planning and development context,  to encourage them to have their say in future urban projects in their neighborhood and to participate in different creative participatory community practices in the large Tour & Taxis area.  In dialogue with the coordination of JES, the youth participation worker translates the mix of youth work experiences into broad policy recommendations and advice for future urban development projects in this part and other areas of the Brussels Canal Zone.

Would you like to hear more? Join us at the Child in the City Conference in Ghent, Belgium on the 7-9th November!