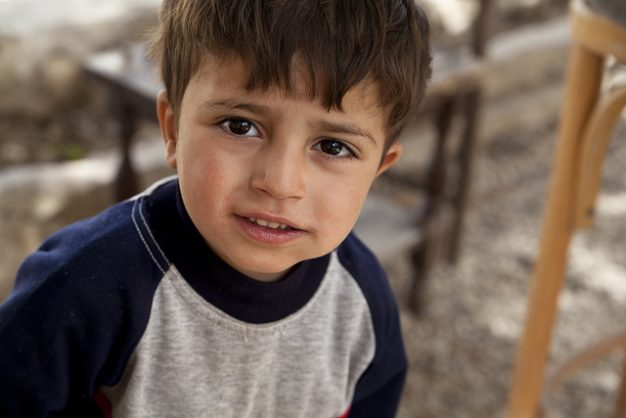 Migrant children are being failed by Europe

In recent months, migration to Europe has acquired a vast dynamic, with some Greek Islands and northern frontier countries struggling to cope with huge, daily movements of refugees from Syria and Afghanistan

Migration is one of those rare issues that forces us to think, feel and act. The demands of this moving population – for shelter, food, water and schooling – is akin to that which might follow a large natural catastrophe. According to socio-cultural and geopolitical analysis, this trend will continue for years to come, with the challenges compounded by the destination societies themselves being in turmoil from recent financial and social crises.

According to UNHCR “in the current situation where people are ‘on the move’, ensuring the identification of, and support for unaccompanied and separated children (UASC) is a particular challenge. In most countries, UASC are reluctant to be identified as such, as this would delay their onward movement. Some UASCs claim they are adults, for the same reason. The main nationalities of UASCs in Europe are Syrians, Afghans and Eritreans, with significant variations between different transit countries. The majority of the UASCs are boys aged of 14 to 17 years old, but there has also been an increase in the number of girls.

As Caroline Brothers pointed out in New York Times, using examples of children that became victims of exploitation in Greece and elsewhere, “Thousands of boys from Afghanistan cross Europe all alone the recent years. Some of them are only 12 years old.”

Blance Tax, a general executive at the United Nations, has pointed out that within a year, the number of the children seeking asylum in European countries has more than doubled. This vast wave contributes to a brutal reality for the women and children who are so important to the fabric of any community, including migrating ones.

If a woman becomes a target, if a child gets raped, if a woman or her child is attacked, it has long-lasting devastating damage on her family and will tear apart the broader social structure, even in times of need.

According to some data “the practice of providing accommodations in large tents, the lack of gender-separate sanitary facilities, premises that cannot be locked, the lack of safe havens for women and girls — to name just a few spatial factors — increases the vulnerability of women and children in the camps. This situation plays into the hands of those men who assign women a subordinate role and treat women traveling alone as ‘wild game’.

There is a growing urge to create networks of foster families, that will respect their culture, yet they will offer a protected environment and will move away from fundamentalist influences, in order that women and children can have the opportunity to transcend oppression and social exclusion. That way we will protect them and European societies too. Only then can their migration offer them the possibility of a new life in a better environment.