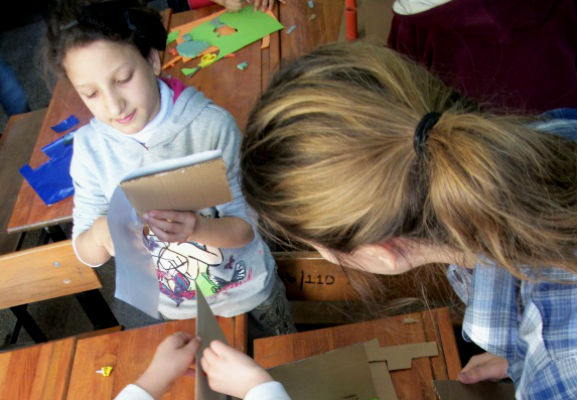 Turkey educates children in architecture as key to sustainability

With increasing recognition of the importance of environmental awareness for sustainable development, the significance of early environmental education has become more prominent within both the education and the architecture sectors. This has led to many studies into the influence of architecture and built environment training in turkish primary schools.

The International Union of Architects (UIA) has established a children’s architectural commission, which has also claimed, “a qualified built environment, in which the children live, has an influence on their physical, social and psychological development”.

Now Turkey is conducting studies similar to those carried out over many years in more developed countries. Academics, in cooperation with the International Union of Architects, have been working with the Chambers of Architects many Turkish provinces.

The significance of these studies – which involve architects, pedagogues, NGOs, government authorities – is the crosscutting nature of the cooperation of these sectors for the benefit of society as whole, which has produced a real shared commitment to embed understandings about the built environment into the national curriculum, appropriate to different age-groups. This means that, while the content may evolve and adapt, learning about the built environment is here to stay. As a consequence, successive generations of Turkish society will be better able to influence and make informed decisions about their own environment, and their own future.