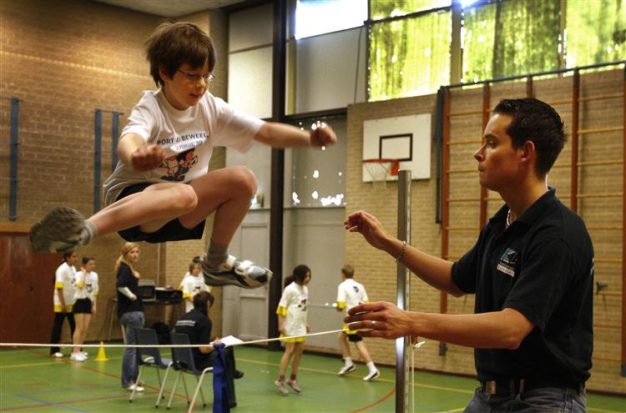 Physical education and its dependence on the mass media

Physical education is an important component of education. But there is a growing evidence that implementation of sport education that leads to engagement fully depends on appropriate use of broadcasting media technology.

In June 2006, the Republic of Crotia reviewed their school physical education system and voted for an Act on sport, which introduced a clear basis for development of school sport strategy, especially in the educational system.

Following passing of the Act, the establishment of the Croatian School Sports Federation was tasked with raising the quality of school sports in the Republic of Croatia.
“The school sport associations should provide leadership for the development and promotion of competitions and activities that enrich the educational experience for schools who become the member,” explained Erik Luksic, Head of the Department for Public Services, City of Pula.

The strategy planners recognised that accurate and appropriate planning requires desired status of mass media in terms of enhancing the student sports culture. Luksic explained that there was a lack of awareness of school sport in the wider sports community and a lack of media coverage.

Promoting sport participation in school and beyond

“The competition was organised between a hundred of primary and secondary schools throughout Croatia, and enabled children to engage like dancers, cheerleaders, fans, journalists and singers. They also made a video,” explained Luksic.

“Results and reports from the competition were broadcasted weekly on the national television during a half hour broadcast. Students also presented competitions on a national radio station.”

Systematic approach to the media coverage began with cooperation with Sports news, which is the only daily sports paper in the country.

Croatian School Sports Federation (HŠŠS) has launched an article called “School sport” that is published every Wednesday and consists of four pages. The articles include publication of results and photos from the National Championship competition, interviews with young athletes and various reports.

An online site www.skolski-sport.hr has been created, which is being updated regularly with latest news articles related to school sport activities in Croatia.

The 3N project was initiated with the aim to develop a systematic monitoring of school sport through media channels including television, radio, internet and print.

“www.skolski-sport-pula was launched and it has information about all elementary and middle schools in Pula (each with its own page) publishing all of the the school teams and results,” said Luksic.

“Radio station Pula and the local television station TV Nova broadcasts the most interesting games every Saturday afternoon, together with interviews of students and teachers.”

The project managed to attract sponsorship that achieved promotion of school sport and the following was given:

“We think that the current situation will have a favorable influence on the development of amateur sports and especially on the school sport,” concluded Luksic.