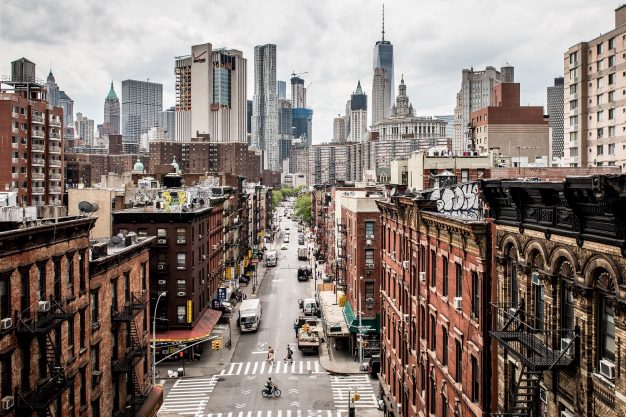 Non-viral asthma attacks suffered by children living in low-income urban areas are linked to moderate levels of certain air pollutants, ozone and fine particulate matters, according to a new study in the US.

The National Institutes of Health (NIH) also identified associations between exposure to the two pollutants and molecular changes in the children’s airways during non-viral asthma attacks, suggesting potential mechanisms for those attacks.

This ‘observational’ study, published in The Lancet Planetary Health medical journal, is one of the first to link elevated levels of specific outdoor air pollutants in particular urban locations to distinct changes in the airways during asthma attacks not triggered by respiratory viruses, according to the investigators.

Hugh Auchincloss is acting director of the National Institute of Allergy and Infectious Diseases (NIAID), part of NIH, the principal US medical research agency, and itself a key part of the U.S. Department of Health and Human Services. He said: “The strong association this study demonstrates between specific air pollutants among children in impoverished urban communities and non-viral asthma attacks further augments the evidence that reducing air pollution would improve human health.”

In an asthma attack, the airway lining swells, muscles around the airways contract, and the airways produce extra mucus, substantially narrowing the space for air to move in and out of the lungs. Children who live in low-income urban environments in the USA are, says the study, ‘at particularly high risk’ for attack-prone asthma. Asthma attacks provoked by respiratory virus infections – a common trigger – have been studied at length, unlike those that occur independently.

Researchers looked at the relationship between air pollutant levels and asthma attacks occurring in the absence of a respiratory virus among 208 children ages six to 17 years who had attack-prone asthma and lived in low-income neighbourhoods in one of nine U.S. cities. They then validated the associations they found between air pollutant levels and non-viral asthma attacks in an independent cohort of 189 children ages 6 to 20 years with persistent asthma who also lived in low-income neighbourhoods in four cities.

The NIAID-funded Inner City Asthma Consortium carried out the study, led by Dr Matthew C. Altman, associate professor in the department of medicine at the University of Washington School of Medicine and an associate scientist at the Benaroya Research Institute at Virginia Mason in Seattle, and Dr Daniel Jackson, professor of paediatrics and medicine in the School of Medicine and Public Health at the University of Wisconsin-Madison.

The report shows that asthma attacks had a non-viral cause in nearly 30 per cent of children, around two to three times the proportion seen in non-urban children, according to previously published reports. These attacks were associated with locally elevated levels of fine particulate matter and ozone in outdoor air. The investigators linked changes in the expression of specific sets of genes that play a role in airway inflammation to elevated levels of these two pollutants by analysing nasal cell samples obtained from the children during respiratory illnesses.

Given the findings of the study, says the team, it will be ‘important to develop and test different strategies’ to see if they prevent or reduce pollution-associated asthma attacks in urban children. Such strategies, they add, may include treatments designed to counteract the harmful effects of elevated levels of outdoor air pollutants on airway inflammatory responses linked to non-viral asthma attacks, and devices for personalised monitoring of local outdoor air pollutant levels to inform asthma management.

Click here for the full study in The Lancet Planetary Health.