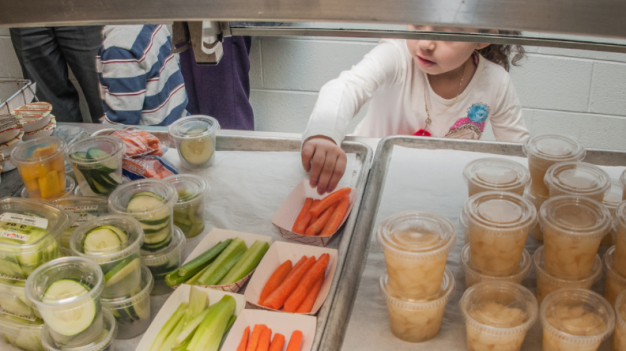 City leaders across The Netherlands are to be given new powers allowing them to ban fast food outlets and take other measures to help tackle rising levels of child obesity.

Extra investment is also being set aside from central government for the Healthy School programme, while the Dutch Cabinet also says it will restrict advertisements that promote unhealthy food to children.

Maarten van Ooijen, State Secretary for Health, Welfare and Sport (VWS) made the announcement, also highlighting how one in six children are overweight and as a result a large proportion stay this way into adulthood. The new measures regarding advertising and fast food outlets, the government hopes, will go some way to helping children and their families make better choices about what youngsters eat and drink.

‘Free choice is under enormous pressure from marketing’

There will also be more healthy canteens in secondary schools, senior secondary vocational education and at sports locations, along with more opportunities for sports and exercise around schools and in the local neighbourhoods.

But, the government adds, schools and sports associations must also work better together, in order for children to have access to more opportunities to do sports both at school and after school.

“People should be able to decide for themselves what they eat and drink and we should keep it that way,” said Minister van Ooijen. “But that free choice is under enormous pressure from marketing and an ever-growing range of fast food all around us. On the way to school and work and on social media you are constantly tempted to make unhealthy choices.

“As a cabinet, we want to counterbalance this with the legal restriction of children’s marketing and municipal powers to bar new fast-food establishments, so that people get a helping hand to really choose for themselves what they eat and drink. I hope, of course, that people will make the healthy choice more often.”

Welcoming the announcement, Martijn van Wietmarschen, of the Netherlands Youth Institute (NJi), said: “It is good that the cabinet is going to limit these advertisements by law, especially in combination with extra investment to combat obesity. We know that a single intervention produces almost no lasting effects. Only integrated approaches with long-term commitment and investment do that.

“Because you cannot separate health problems from problems in other areas of life, it is good to work together in areas such as poverty, sports and exercise, and school,” he continued. “All these living areas have a direct influence on the health of children, young people and their families.”