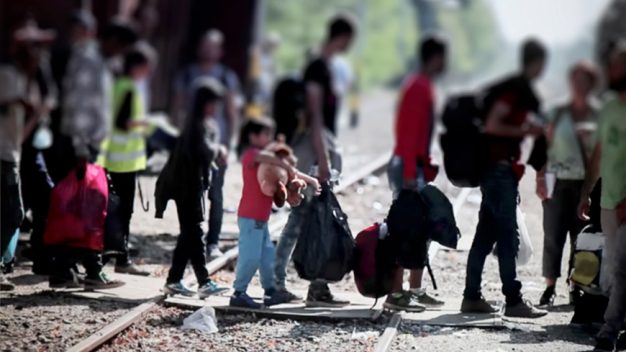 The Council of Europe (CoE), which monitors and oversees human rights across the EU, has published new guidance designed to better protect children against sexual exploitation and abuse in crisis situations.

Children’s lives are disrupted and seriously affected when forced to leave their homes, whilst on the move, internally displaced or once they have reached the host country, says a new CoE handbook.

Such circumstances make children ‘particularly vulnerable to violence, sexual abuse and exploitation, including trafficking for the purpose of sexual exploitation and to the risk of going missing’.

And so to mark International Migrants Day on 18 December, and in response to the risks faced by migrant children, the council launched a Handbook on the protection of children against sexual exploitation and sexual abuse in crisis and emergency situations.

Leyla Kayacik, the CoE Special Representative of the Secretary General on Migration and Refugees, said: “There is a heightened risk of children going missing when they are on the move, including from the reception facilities, responsible for protecting them. This handbook highlights different challenges, including this one and how to address them.”

This publication builds on previous work done by the council, and includes examples of good practice that have been identified in several relevant areas at national level, including dedicated helplines for children, effective co-ordination between different agencies and the collecting of data.

It also complements the implementation of the Council of Europe Action Plan on Protecting Vulnerable Persons in the Context of Migration and Asylum in Europe (2021-2025) and the Council of Europe Strategy for the Rights of the Child (2022 to 2027). It is also available in Czech, Hungarian, Polish, Romanian, Slovak and Ukrainian.