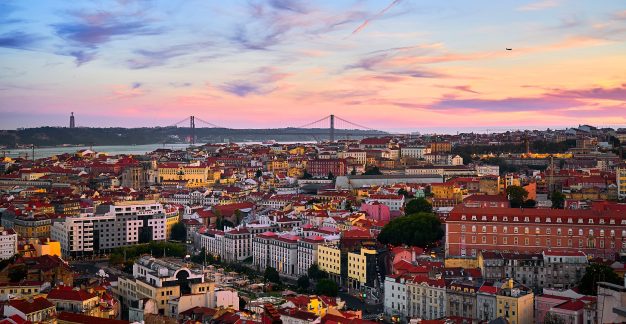 ‘Safe Streets’ could be introduced around Lisbon schools

‘Chaotic and anarchic parking’ around schools in Lisbon could soon be outlawed, if it becomes the next high-profile European city to bring in a ‘safe streets’ area.

The likes of Paris, Barcelona and London already have similar projects in place, protecting child pedestrians, who are amongst the most vulnerable road users in urban areas.

Introducing such a scheme in the Portuguese capital, which has a population of just over half a million people, would be another major milestone for proponents, and comes after Lisbon Municipal Assembly recently approved a recommendation by two members to bring in ‘safe streets’.

These zones take on huge importance during the week, when traffic is at its highest and children, of course, are making their way to and from school. Now the  Assembly wants city councillors, led by Carlos Moedas, the Mayor Lisbon, to look into the possibility of instigating trial ‘safe street’ areas in the forthcoming academic year.

The recommendation has come from Assembly members who are also part of Cidadãos Por Lisboa – ‘Citizens for Lisbon’ – an influential residents-led movement that champions and campaigns for the rights of the people of Lisbon.

‘All these obstacles increase the risk to children’

A report by the Assembly on safer streets says: “Children are special and particularly vulnerable users of road space and encounter various obstacles to their accessibility, mobility and autonomy. The volume of intense traffic, the excessive speed of cars, chaotic and anarchic parking, narrow and busy sidewalks, inaccessible or barely visible crossings and, finally, an unattractive environment are some of these examples. All these obstacles increase the risk of children being run over and limit their possibilities to walk to school.”

It points to a successful example at one local school, where painting yellow lines on the road as part of a traffic calming measure, ensuring the last few metres into school were safer for children – and that has continued.

The report also references Paris and Barcelona’s work in eliminating the movement of cars in the streets around their schools, and creating pedestrian streets that make the school entrances safer and, in doing so, improve the quality of air that children breathe.

Along with a pilot scheme, it recommends that the council speaks to local creches, kindergartens and primary schools, and also consult the wider communities around schools.