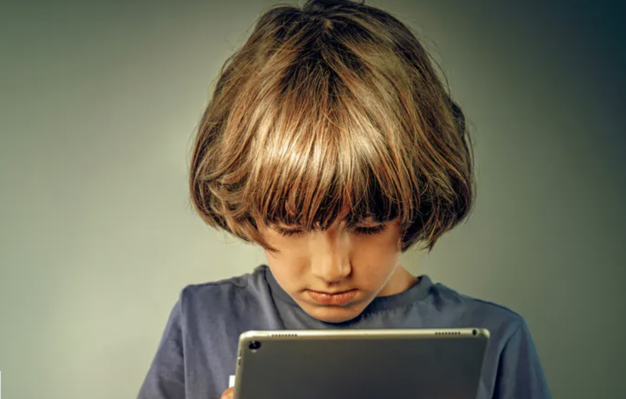 In early 2021, the UN Committee on the Rights of the Child’s adopted a General Comment on children’s rights in relation to the digital environment. David Souter, an independent expert on the ‘digital society’ writes here about the significance of this General Comment, and the challenges and opportunities involved with implementing it.

David is an independent expert on the digital society and its impact on development, environment, governance and rights, whose ‘Inside the Digital Society’ blog is published by the Association of Progressive Communications.

‘I was asked recently – at a conference in Dublin – to summarise my view of ways in which advocates for children’s rights online, and of General Comment 25 on the Children’s Rights Convention, can build their leverage in the digital community, and especially in the United Nations, over the next few years.  This is what I said.

General Comment 25 matters – in general, not just for children

‘It’s worth noting, first of all, that I’m concerned mostly with digital development on the large scale: its implications for economy and society, governance and rights; for different groups of people; and the ways in which the opportunities and risks of digital development can be addressed by national governments and international fora.

General Comment 25, to me, is a really important intervention.

‘But I think it’s important more generally, not just for children but across the board in assessing digitalisation’s impact – for these three reasons.

‘Many digital policy discussions fail on these three counts. In particular, they’re focused on the digital dimension itself rather than its interaction with and influence upon the wider experience of individuals and communities.  That adversely affects the quality of international discourse and the appropriateness of policy interventions to address the realities of digital development.

From principle to implementation

‘I’d say the Comment is a step towards correcting the deficit in digital policy concerning children, though, because a further stage is needed.  That is to translate the approaches and interventions the Comment promotes into the practice of government and business.

‘Into an implementation framework, in short.  Something that can achieve the same kind of resonance at international level in practice as the General Comment has achieved in principle.  Something that fosters an holistic approach to children’s welfare, rights and engagement in national strategies.

‘I’ll make some points about why I think this is difficult in the international contexts that matter and some thoughts about ways in which it might be facilitated.

The complexity of children’s rights and lives

‘Those who work on children’s rights and lives understand the complexity and diversity of the experience of different genders, different ages and social classes, in different cultures and cultural environments.  That level of nuance is largely missing from digital discussion fora in multilateral contexts including those within the UN system, and from the thinking of many major players in digital development, including development agencies, digital businesses and many (not all) governments.

‘I’ll give two examples of this.

The predominance of child protection

‘That’s problematic for several reasons.  It has considered children’s experience through a lens of adult interests.  It has been highly polarised, focused on binary perspectives rather than trying to find new ways of navigating complex issues such as the relationship between privacy and expression rights.  And it’s neglected children’s economic, social and cultural experience and rights.  Broadening the focus to include the latter seems to me a major value of the General Comment.

‘Second, much of the discussion in development agencies has focused on the perceived benefits of digitalisation for children, and how they might be achieved in ideal circumstances.  When I led a review of digital opportunities in education for a major international development agency a few years ago, much of my time was spent fending off the belief that digital approaches necessarily improve educational experience, or make it unnecessary to tackle analogue deficiencies in education such as school attendance and teacher competence.

‘That belief in technology as the ‘solution’ is still widespread within global digital development.  It ignores the diversity of children’s experience and of local contexts.  It fails to register the power dynamics that govern children’s lives – in terms of family and gender, race and class, wealth and poverty.  And it makes assumptions about resources – for connectivity, for educational investment, for teacher training, about children’s lives at home – that are often unfulfillable in real contexts.

‘I might add a third point here about the articulation of children’s rights and needs in international fora.  They are rarely represented directly.  Sometimes they are represented through agencies concerned with children’s welfare.  But the digital world is very keen on youth participants who’re seen as representing future leaders as well as future users.  Things move rapidly where digitalisation is concerned, however.  Today’s children have a different experience of digital development than young people had five years ago.  And many of the youth representatives who speak in international digital fora are the highly-educated offspring of wealthy families who have little experience of the lives of the majority of children, online or offline, in their own societies or others.

The need for a strategic approach

‘I think there are two more general failings that need to be addressed in international digital discussion concerning children’s rights and welfare if we’re to approach an implementation framework for the Comment.

‘One is the lack of an overall strategic approach to the impact, potential and risks of digitalisation where children are concerned.  Issues like those I’ve mentioned are often treated in isolation from one another, and from broader issues such as access to communications – which is a product of connectivity, affordability, cultural constraints and other factors – or the impact that digitalisation has on family dynamics and personal relationships, the impact of exposure to new types of information and of entertainment, and so forth.

Few if any governments have anything approaching an holistic strategy towards the impact of digitalisation on children that cuts across their different government departments or seeks to implement a strategic framework comprehensively.

‘Finding governments that are prepared to take that step towards holisticism would be immensely valuable. There is an issue here of timeliness, which is common to many areas of digital policymaking.  By the time policies are developed and legislation is enacted, the digital environment’s moved on.  New policies can be outdated, while new opportunities and challenges are unaddressed.  Successful implementation of General Comment 25 requires new ways of dealing with the pace of change in the experience of childhood.

‘The other general failing lies in design – in the lack of consciousness of children’s rights and needs in how products and services are made, both those designed for children and those designed for all.  This isn’t just an issue that concerns children’s rights.  It’s also relevant to the impact of products and services on the environment, for instance.

‘The idea that innovation should be permissionless – that it should be unconstrained by precautionary measures, that any problems that arise can be fixed after the event – has been part of the ethos of digital development.  That’s far from how things have been, at least in recent decades, at least in industrial economies, where offline goods and services for children are concerned, where ensuring children’s safety’s been prioritised.

‘It’s obvious that not all harms can be fixed afterwards, and the notion that they can becomes more problematic as technology accelerates.  Think, for instance, of how children’s data in AI can be misused, or the potential perils of the metaverse.

‘Incorporating child-focused needs and risks in the design of digital products and services seems to me a central requirement for implementing General Comment 25 and an appropriate area for government and business action.

‘So what of the United Nations context, and other international fora?

‘The UN Secretary-General has recently proposed to negotiate a Global Digital Compact that will set out terms of responsible digital development for the coming age.  It will be one element in his planned Summit of the Future, which is an attempt to reboot the United Nations and its values.  It will also coincide with a comprehensive review of what has happened digitally since the World Summit on the Information Society set out its aspirations twenty years ago.

‘Establishing new principles for international cooperation is going to be difficult given today’s geopolitical environment.  It does, though, open space for more discussion of themes such as those set out in General Comment 25, and that’s an opportunity which I think that children’s rights advocates should build on.

‘The inclusion of General Comment 25 in the Compact, as the articulation, by the UN system, of children’s rights and interests in digitalisation, would give it greater influence in national and international policy.  The adoption of principles derived from it in the Compact’s reference to education and rights, would give them greater substance.  So would recognition of the need to hear children’s voices in the development of public policy.  A tone that recognises children’s experience as important, alongside that of other demographic groups, could act as a reminder to those in business and government that children’s interests matter where digital policy’s concerned.

Building support for an implementation strategy

‘Building a coalition of support for General Comment 25 will be crucial in facilitating its incorporation into broader public policy development, both nationally and internationally, in debates around the Compact and other digital agreements, in discussion of digital policy in general as well as policy that prioritises children.  I would suggest that that requires three things.

‘A coherent message from these diverse sources will be more powerful than ad hoc interventions.  What scope is there for building a coordinating group around the Comment, not least in the consultation period that’s already underway towards the Secretary-General’s Compact?’

This article represents the views of the author and not the position of the Media@LSE blog, nor of the London School of Economics and Political Science. It first appeared on the LSE blog and is republished under Creative Commons Licensing.

David Souter is an independent expert on the digital society and its impact on development, environment, governance and rights. He has worked with a number of UN agencies over the past two decades, including roles as lead consultant for the ten-year review of the World Summit on the Information Society for the Commission on Science and Technology for Development, and the development of UNESCO’s Internet Universality Indicators. His ‘Inside the Digital Society’ blog is published by the Association of Progressive Communications.