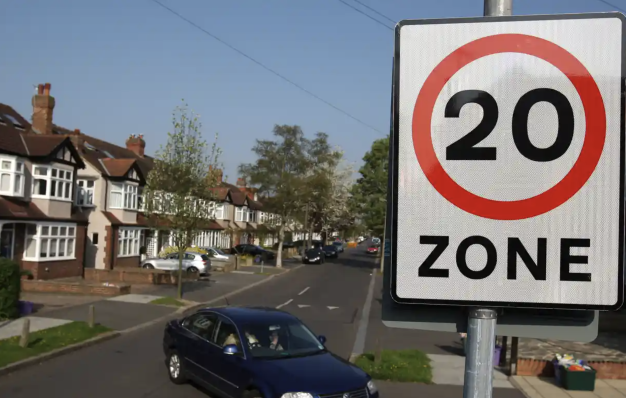 Cutting road speed in Wales to 20mph ‘will save many lives’

A drastic cut to the speed limit in urban communities across Wales has the potential to save many lives and prevent children and other vulnerable road users being seriously injured.

That’s according to new research which also says that by making 30 miles per hour (approximately 48 km/h) the default limit in built-up areas, as much as £100 million could also be saved.

The Welsh Government has said it will introduce a 20mph speed limit on restricted roads across Wales starting from September 2023. Restricted roads include those with street lights and are usually located in residential and built up areas with high pedestrian activity, many of whom of course are children walking and cycling to and from school.

The Transport Research Institute (TRI) at Edinburgh Napier University, in conjunction with Public Health Wales, published the findings, which estimates a new default 20mph speed limit on residential roads across Wales will save around £100 million in the first year alone. This estimated cost saving is the direct result of fewer deaths and injuries.

The new 20mph default speed limit is estimated to save more than 100 lives over a decade and 14,000 casualties in total could be avoided. Meanwhile the city of Bologna in Italy has also announced it is moving to a ‘generalised’ 30km/h limit.

“While the benefits of 20mph speed limits goes well beyond casualty reduction, the acute impacts of casualties, including the psychological trauma, is very significant,” says the TRI. “This is clearly so for the casualties and their relatives and friends, but there is also a significant societal burden in terms of the costs, loss of life, loss of earnings and substantial costs to health services.”

The report focuses not only on the impending legislation in Wales, but also some of the background to road speeds across England and Wales.

Recent technical guidance published by children’s charity UNICEF looked at the some of the key factors around child and adolescent road safety, and one of its key findings was the need to share knowledge about ‘evidence-based intervention strategies’ – of which speed limits is clearly one – more widely.

Meanwhile a report from the European Transport Safety Council (ETSC), in partnership with in partnership with the Flemish Foundation for Traffic Knowledge and non-profit campaigning body Fundación MAPFRE, has made also made clear how traffic education – particularly among teenagers – needs improving across the continent.