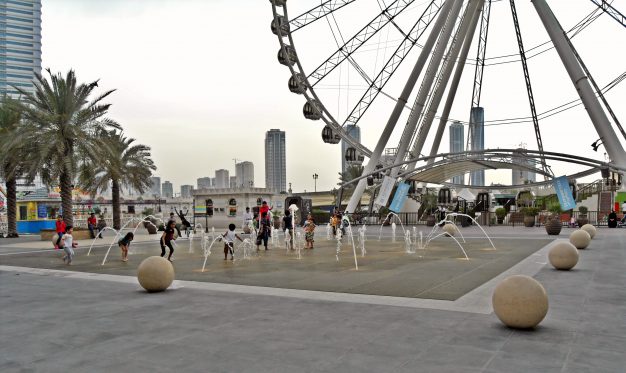 A European delegation, including members of the European Parliament and a group of children and teenagers, has seen first-hand the work being done in the United Arab Emirates to make it a child-friendly environment.

The visiting delegation, headed by Member of the EU Parliament (MEP) Isabel Wiseler-Lima, Coordinator – Human Rights of the EPP Group in the European Parliament, discussed with Emirati officials the UAE Government’s efforts across two critical themes: ‘Technology for a better future’ and ‘Child rights to a safer environment.’

The visit addressed the role of technology and innovation in building a sustainable future, children’s contributions to this process, the need to protect youth from the dangers of new technologies, and the UAE’s efforts to eliminate violence against women and children, reports Emirates News Agency.

A session of the Emirati Children’s Parliament was held on Friday in the presence of Abdulla Bin Touq Al Marri, Minister of Economy, and Reem Al Falasi, Secretary-General of the Supreme Council for Motherhood and Childhood.

During the session, Al Marri discussed increasing government support for creative and innovative children, especially in the field of patents and intellectual property rights.

Emirati and European children exchanged views on their cultures, ambitions, and concerns for the future of the planet; cyber security; the impact of technology; and how they can contribute to a safer online environment.

Members of the Emirati Children’s Parliament also explained how they participate in decision-making on issues that concern their present and future.

In a separate meeting, Lt. Col. Dana Al Marzouqi, Director General of the International Affairs Bureau of the Ministry of Interior, stressed the importance of governments and policymakers providing safe spaces for youth online and when engaging with modern technologies.

“We are striving to build a better world for them and are proud to be playing a leading role, working with like-minded partners from governments, private sector entities, and civil society around the world to develop solutions and share experiences,” said Lt. Col Al Marzouqi.

‘Our visit was very insightful’

Dubai’s Future Lab, and the Museum of the Future, where they examined the city’s future prospects in the next 50 years. Romanian MEP Alin Mituta from the Renew Europe Group said: “Our visit to Masdar City was very insightful on the ways new technologies can help build a better and more sustainable future. I am confident that strengthened cooperation between the European Union and the UAE will help achieve the digital and ecological transition.”

Delegates then travelled to Al Wathba Desert to discover the rich heritage of the UAE at the Sheikh Zayed Festival. During the three-day visit, participants learned about the history of the UAE, experienced its development, and were presented with the country’s vision for the future.