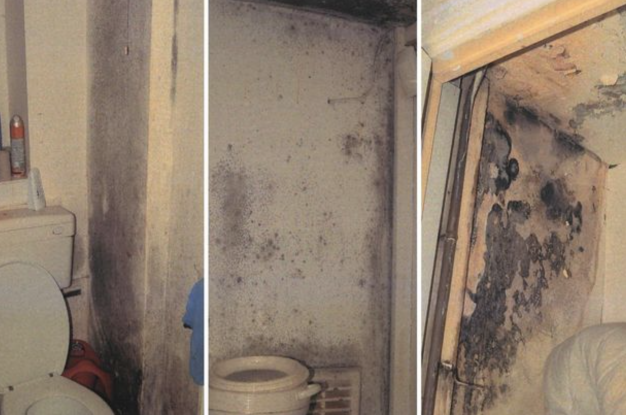 A two-year-old boy died from prolonged exposure to mould in his flat in northwest England, a coroner ruled on Tuesday, sparking demands for action over the problem in social housing.

Awaab Ishak died in December 2020 ‘as a result of a severe respiratory condition caused due to prolonged exposure to mould in his home environment’, said coroner Joanne Kearsley.

“Action to treat and prevent the mould was not taken. His respiratory condition led to respiratory arrest,” she added.

Faisal Abdullah had complained about the mould several times to Rochdale Boroughwide Housing (RBH), the association that rented them the flat.

In her ruling, Kearsley said that “How, in the UK in 2020, does a two-year-old child die from exposure to mould in his home?’

“The tragic death of Awaab will and should be a defining moment for the housing sector in terms of increasing knowledge, increasing awareness and a deepening of understanding surrounding the issue of damp and mould,” she added.

Coroner’s inquests are held in England and Wales to try to establish the causes and circumstances of sudden or unexplained deaths based on the balance of probability. They do not determine criminal or civil liability but set out facts in the public interest.

Abdullah made his first complaint to RBH in 2017, and was advised to repaint over the mould, the inquest found. “Remedial works to treat and remove the existing mould should have been undertaken,” said the coroner.

“We cannot tell you how many health professionals we’ve cried in front and Rochdale Boroughwide Housing staff we have pleaded to, expressing concern for the conditions ourselves and Awaab have been living in,” his family said in a statement.

“We shouted out as loudly as we could, but despite making all of those efforts, every night we would be coming back to the same problem.”

A medical visitor also raised the issue with RBH in July 2020, when Awaab was suffering from chronic respiratory problems. “No action was taken and, from July 2020 until December 2020, Awaab continued to have chronic exposure to harmful mould,” said Kearsley.

Awaab was taken to hospital on December 19 before being discharged, the court heard. He deteriorated the next day and went into respiratory arrest and then cardiac arrest while being transferred to hospital.

Gareth Swarbrick, chief executive of RBH, said Awaab’s death should be a “wake-up call for everyone in housing, social care and health”.

“We didn’t recognise the level of risk to a little boy’s health from the mould in the family’s home. We allowed a legal disrepair process, widely used in the housing sector, to get in the way of promptly tackling the mould,” he said.

“We must make sure this can never happen again.”

The organisation, he added, supported the Coroner and Housing Ombudsman’s call for the government’s Decent Homes Standard to be strengthened to include damp and mould, and the Coroner’s decision to write to the Ministers of Housing and Health on the issue.