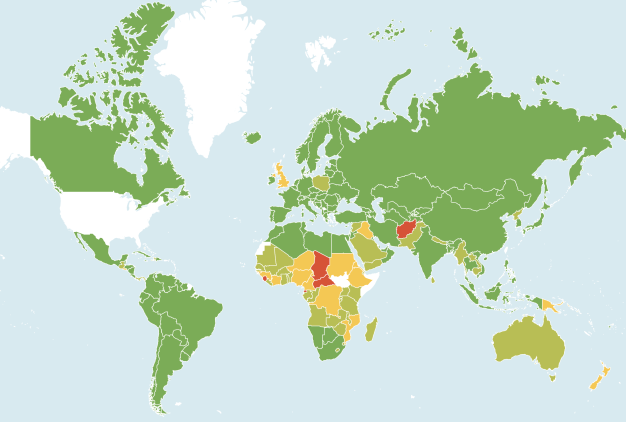 ‘No significant progress’ has been made in the standards of children’s lives and rights across the world over the last decade – that’s the damning verdict of international children’s rights organisation KidsRights.

The highly-respected KidsRights Index is the first and only ranking that annually measures how children’s rights are respected worldwide. Climate Change is also set to severely impact one billion of the world’s future generations – half of all children globally – over the next ten years.

This year’s 10th anniversary edition, produced in partnership with Erasmus University, also tells the story of how disruptions in food and medicine supplies, the closure of clinics and delays to vaccines, all caused by the COVID pandemic, resulted in the deaths of some 286,000 children aged under five.

Marc Dullaert, Chair and founder of KidsRights Founder and Chair, has urged governments across the world to focus efforts on investing in children and their future for the betterment of the planet:

“This year’s report is alarming for our current and future generations of children,” he said. “There has been no significant progress in the standards of children’s lives over the last decade, and on top of that their livelihoods have been severely impacted by the Covid-19 pandemic.”

Dullaert said that a ‘rapidly changing climate’ was now ‘threatening their futures and basic rights’, and he said that as governments prepared to meet for COP27 – the UN Climate Change Conference – later this year, decisions and actions were needed ‘to take vital action for change’.

‘A static picture over the past 10 years’

Many countries have remained in the same general performance ‘clusters’ of nations as their general performance has remained comparable over the last ten years. Alongside this, the situation in the group of lowest ranking countries such as Afghanistan, Democratic Republic of Congo, or Papua New Guinea declined.

Some countries, however, have made clear progress over the last decade in the specific domains measured within the report – life, health, protection and enabling environment for children’s rights – such as Angola on the right to life, or Bangladesh on the right to health. However, other countries have witnessed a clear decline, such as Nigeria on its maternal mortality ratio and Montenegro on child immunisation levels.

Up to 286,000 children under the age of five died due to the indirect effects of recessions relating to the Covid-19 pandemic, owing to disruptions in food and medicine deliveries, the closure of health clinics and disruptions to vaccination programmes during lockdowns. 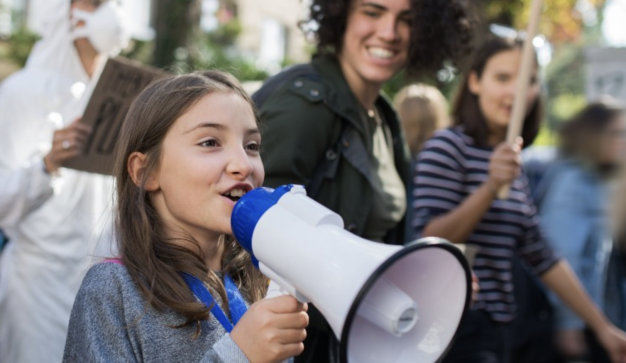 25 million children under the age of one did not receive basic vaccinations – the highest number since 2009 – whilst the number of completely unvaccinated children increased by 5 million since 2019.

For the first time in two decades, the number of child labourers has risen to 160 million, representing an increase of 8.4 million over 4 years.

In almost three quarters (72 per cent) of 130 countries surveyed in 2020, mental health services for children and adolescents were disrupted and a recent estimation predicts a USD $17 trillion loss in lifetime earnings among today’s generation of schoolchildren if corrective action is not urgently taken.

The 2022 KidsRights’ Index Report has also concluded that Climate Change represents a clear and present danger, as close to half of all children in the world (1 billion) are at extremely high risk of being seriously affected.

More than a third of the world’s children (820 million) are already highly exposed to heatwaves, while more than one in six (400 million) children are exposed to cyclones. Worryingly, nearly 90 per cent of all children across the globe are also subjected to air pollution.

With Climate Change continuing to intensify, the situation is bleak for the world’s future generations in the decade to come.

In 2022, Iceland continues to top of the KidsRights Index Report, which has been the case for the last four years, whilst Chad remains the lowest scoring country in the Index Report.

Switzerland experienced a significant drop in its overall ranking this year, dropping from 2nd down to 31st, due to the nation’s insufficient implementation of the principle of the ‘best interests of the child’ in decisions that affect children, as well as its score on implementing children’s rights and for economic, social, and cultural rights to do so “to the maximum extent of their available resources”.

Whilst the report has revealed significant issues for children globally, there have also been signs of positive progress in countries, relating to the specific domains measured.

Angola has significantly improved its score on children’s ‘right to life’ over the past decade, as its under-five mortality has more than halved, alongside maternal mortality rates, whilst life expectancy at birth has increased by ten years, or nearly 20 per cent. These are likely to be the results of deliberate government policy, as was explained by the government of Angola in the latest state report that it submitted to the CRC Committee.

On the other hand, Nigeria has fallen significantly in the same domain, as its maternal mortality ratio has substantially increased from 550 to 920 per 100,000 live births.

‘The right to health’

A remarkably positive example in the domain of ‘right to health’ in this year’s report is Bangladesh, owing to the government’s purposeful policy efforts to strengthen the health record of its child population, with a special emphasis on sanitation.

Over the last ten years, Bangladesh has reduced the number of underweight children under five years old by almost 50 per cent, whilst the percentage of its population using improved drinking water increased from 85 per cent to 98 per cent.

Over the last ten years, Bolivia has achieved significant reductions in incidences of child labour nearly halved, whilst birth registrations improved to represent 92 per cent of the country’s children, reportedly owing to monetary incentives such as the country’s conditional social cash transfer programme.

A substantial rise in the adolescent birth rate in Iraq, from 70 to 240 per 100,000 young women aged 15 to 19, has reduced its score in the ‘right to protection’ domain. A lack of access to reproductive health services are cited as a potential cause.

‘Enabling of environment for children’s rights’

Since 2013, 4 states have significantly improved the indicators within this domain, with 12 countries located in the Middle East demonstrating a significant improvement over the last ten years.

Oman’s efforts in recent years to cooperate with the UN has helped to improve its score in this domain, which has largely been due to the development of budgets that are allocated specifically for children’s rights and education. However, there remain concerns on the arbitrary detention and harassment of civil society activists in the country, which has also led to a fall in its score on State-Civil Society Co-operation.

KidsRights is an international non-governmental organisation that promotes the wellbeing of very vulnerable children across the world and advocates the realisation of their rights. The KidsRights Index is produced in cooperation with Erasmus University Rotterdam, Erasmus School of Economics, and the International Institute of Social Studies. It sits alongside the Foundation’s prestigious and acknowledged International Children’s Peace Prize, endorsed by the Nobel Peace Laureates, whose recipients have included Malala Yousafzai.

Click here for more on the work of KidsRights.