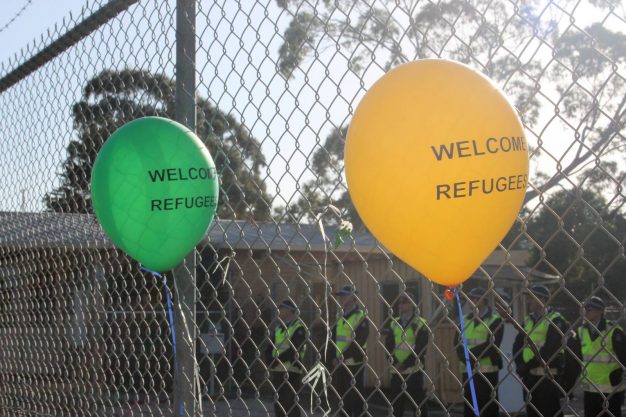 In May 2002, Kofi Annan, the late Secretary-General of the United Nations, presided over the first General Assembly special session on children, insisting that the UN discuss the ‘future we’re preparing with them, not for them’.

Two decades on, many children are facing uncertain futures as climate change uproots people around the world.

Nearly 10 million children were displaced as a result of weather-related events in 2020, and half the world’s young people now live in regions at high risk from the impacts of climate change, the UN says.

This has prompted UNICEF, the International Organization for Migration (IOM), Georgetown University and the United Nations University to release a set of nine core principles to protect children as they cross international borders because of climate change.

“Migrant children are particularly vulnerable when moving in the context of climate change, yet their needs and aspirations are still overlooked in policy debates,” says IOM Director General António Vitorino. “With these guiding principles, we aim to ensure visibility to their needs and rights.” 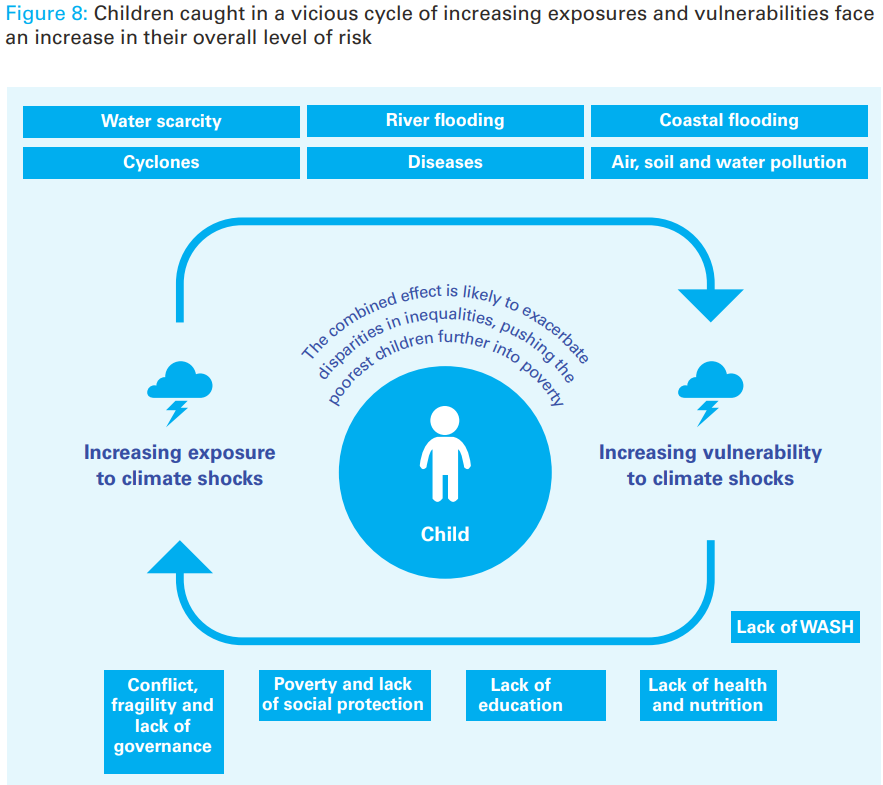 Climate change is pushing the poorest children around the world further into poverty Image: UNICEF

The principles laid out by the UN are:

2: Best interests of the child

4: Awareness and participation in decision-making

The first guideline focuses on rights enshrined by the UN in the Rights of the Child Bill. This was instigated in 1989 as a “legally binding international agreement setting out the civil, political, economic, social and cultural rights of every child, regardless of their race, religion or abilities.”

It has led many institutions and governments worldwide to change their thinking on young people, viewing children as individuals in their own right.

The UN argues that governments should be made to answer to the public for the decisions they make about child migration and climate change.

It also urges authorities to make decisions with the best interests of the child in mind. This principle was put into practice in 2014 when a family of four from Tuvalu was granted asylum in New Zealand, as both children were born in the country and had family networks and schooling there.

Involving children in the decision-making process

Speeches from climate activists such as Greta Thunberg have demonstrated the knowledge many young people have about global warming, and the UN says that children “have the right to be informed, consulted and to participate in making decisions in the context of climate change”.

Governments are also required to maintain the family unit, ensuring that migrating children are cared for by their parents or caregivers, and not split up.

The right to protection is another core principle. This is important as young people are especially vulnerable to “abuse, trafficking and frequently forced into early marriage and child labour”, according to UNICEF Executive Director Catherine Russell.

With protection and wellbeing in mind, the UN argues for access to education, healthcare and social services in host countries. Its guiding principles also focus on the importance of non-discrimination, and the obligation of states to ensure that children “have a nationality, including, where necessary, granting the nationality of the receiving state”.

“While the new guidelines do not offer new legal obligations, they distil and leverage key principles that have already been affirmed in international law and adopted by governments worldwide,” says Elizabeth Ferris, Research Professor with Georgetown University’s Institute for the Study of International Migration.