Can universal child allowance help lift children out of poverty?

At this very moment, nearly one billion children worldwide are experiencing the pains of hunger and illness due to poverty. They cannot afford the bare necessities of life, such as clean water, heat or shelter, and they often have no access to education, limiting their chances of upward mobility.

According to a joint analysis by UNICEF and the World Bank, approximately 356 million children worldwide live under the extreme poverty line, surviving on less than $1.90 a day.

Reducing child poverty is vital for protecting the human rights of the most vulnerable. Children who grow up in extreme poverty often see their life expectancy shortened and equal dignity deprived. Children living in poverty are also more at risk of violence and exploitation, impacting their physical and mental health. The unjust practice of child marriage is one example of child exploitation often driven by extreme poverty. This clear violation of girls’ human rights deprives them of a chance to realize their full potential and can cause them mental and physical pain.

COVID-19 has made the mission of alleviating child poverty more urgent than ever. The pandemic led to the first rise in extreme poverty in a generation, with children bearing the brunt. In 2021, UNICEF data shows that a further 100 million children were pushed into various degrees of poverty. Every society, including those with relatively high-income levels, now has a duty to alleviate persistent child poverty. In the U.S., for instance, child poverty soared during the pandemic, disproportionately affecting children in African American and Hispanic communities. Ending child poverty in the U.S. would, therefore, contribute to racial equality and minority inclusion.

We need to act now to safeguard the rights of all children, and adopting a universal child allowance can help achieve this. 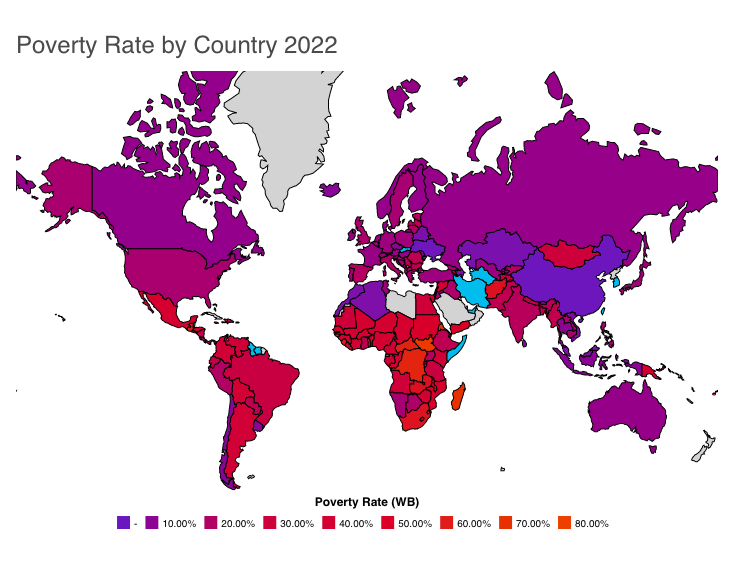 The universal nature of this benefit minimises its administrative costs and, therefore, promotes the efficiency of delivering allowances to families. It also avoids arbitrary benefit cut-offs for working families with children who may see their incomes fluctuate yearly. A universal approach will also manifest a society’s joint commitment to the well-being of all children. And the periodic nature of universal child allowances, as opposed to one-time payments, encourage families to carry out long-term financial planning. A monthly cash benefit becomes a stable revenue stream for every family with children, offering a greater chance for stability.

The fundamental reality that universal child allowances seek to address is simple: raising children is a significant economic undertaking that often causes anxiety and hardship for working families. In America, a high-income country, it costs $12,980 annually per child for middle-income families, according to recent data released by the U.S. Bureau of Labor Statistics. This is over a quarter of the real median earnings of American workers. A universal child allowance will ease the heavy financial burdens on families by offering a set amount of cash benefits per child.

Universal child allowances are also a fiscally responsible approach to tackling child poverty and helping working families. This means that the policy has a good chance of balancing government spending and tax revenue.

While the financial capacity of individual countries varies, alleviating children from poverty benefits the entire economy. With a poverty reduction policy as effective as universal child allowances, governments have a chance to recover the economic gains lost to increased crime and reduced productivity caused by child poverty. Child poverty is estimated to cost the country roughly $700 billion a year in America. Slashing child poverty by 40 per cent, resulting from a $250 monthly allowance, provides a precious chance for the country’s economy to grow further.

This welfare policy has been gaining momentum across the American political spectrum. In 2021, Senator Mitt Romney introduced a bill that proposes the creation of universal child benefits in America. His proposed allowances would be “fully paid-for through the consolidation of duplicative policies and programs,” according to the Niskanen Center. In other words, implementing this bold new initiative will not add additional deficits to the national budget because universal child allowances will replace similar anti-poverty programs.

“Giving children a healthy start in life, no matter where they are born or the circumstances of their birth, is the moral obligation of every one of us,” Nelson Mandela urged in 2002. Adopting a universal child allowance program would be a transformational step towards a poverty-free future. This future matters to the well-being of all of our children, and our children’s children. We should not rest until it is secured.