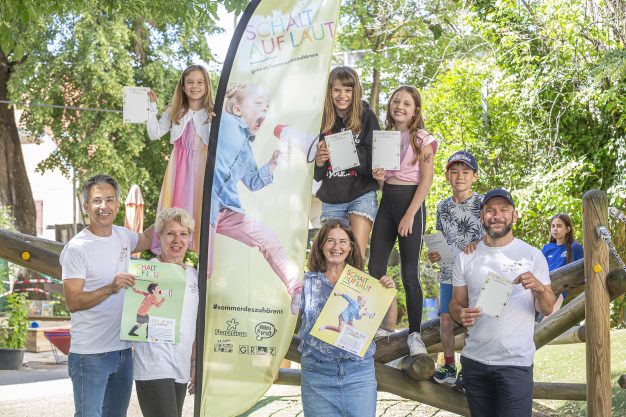 Ahead of a dedicated five-year focus on children and young people, the Austrian city of Graz is launching its ‘largest child participation initiative in history’.

As the country’s second-highest – some 300,00 – populated city, Graz is ideally placed to showcase just what is possible when municipalities commit to learning the needs and desires of its youngest residents.

Its ‘summer of listening’ commitment is exactly that – city leaders, working alongside local partners, plan to use the next few weeks to engage as much as possible with the city’s young people. It’s the next part of a strategy launched in February, called Children and Youth City 2026.

Together with Kinderbüro, Kindermseum Frida & freD and Fratz Graz, the city’s Office for Youth and Family will be tour the city to listen to children and find out what they particularly like about Graz and, perhaps more importantly, what they think could be improved.

Elke Kahr, Mayor Graz, said: “Children and young people must be able to rely on their needs, concerns and wishes being taken seriously. They need security, stability and opportunities to develop. It is important that we listen to them and take their concerns seriously. The ‘Summer of Listening’ is an important initiative to give young Grazers a voice.”

“It was clear to us that we wanted to start the focus on children and young people with the topic of participation,” explains the responsible youth and family councilor Kurt Hohensinner, “we are very excited and curious about the ideas and suggestions from children for the children in Graz The results will then also be decisive for us as to which initiatives and projects we will implement as part of the focus on children and young people.”

The quality of listening is especially important when it comes to children. This quality is often lost in the hectic everyday life, in families, at school, but also in politics. So this summer the tables will be turned: the children will speak, write, paint and draw – and their city will listen to them. Very attentive, very focused. The initiative is not only low-threshold, but will be represented in many places where children come together: Be it in the city’s holiday programs, in the numerous use of play mobiles in the Grazer Park, in summer care at schools and after-school care centers or in other projects and festivals in public space. After the children in summer, a special participation campaign for young people is also planned for autumn.

Particular importance was already attached to the subject of participation in the policy decision of the February municipal council. “We don’t want to build the children’s and youth city FOR, but WITH the children, WITH the young people. First and foremost, the expertise of those directly affected, of those involved, is in demand,” says Ingrid Krammer, head of the department for youth and family, “at the same time we convey that not everything that children and young people want can also be implemented always build on the ideas of the young people.” There have already been opportunities for the participation of children and young people, above all in a structured and organized framework, such as in the children’s parliament, in the youth council or in the youth council.

“These inputs Not only have we taken ideas and suggestions seriously, we have also implemented many of them, such as the ‘Graz Grows’ campaign, in which a tree is planted for every newborn child in the city,” explains Hohensinner, “with the ‘Summer of listening’ we now go one step further.” The participation results will be an essential pillar of the children and youth city. At the same time, the Office for Youth and Family is working meticulously on the preparation for the focus: The specialists in the department and external experts have developed a bundle of ideas that will also be processed over the next 4 ½ years. Based on the results of the family study that was presented in December of the previous year, the municipal council has clearly

Turn it up loud

“The children’s and youth city fits seamlessly into our motto: It’s all family – family is where there are children. We want the same opportunities for all children, regardless of where they grow up,” says Krammer. “With the slogan ‘Switch up loud’, the children want to encourage them to take part.