A new study in the US provides further compelling evidence of how air pollution is silently but surely killing and damaging the health of children in huge numbers across the globe.

The Global Observatory on Planetary Health at Boston College says not only are toxic fumes causing significant ‘cognitive loss’ – essentially brain damage – in youngsters, particularly from disadvantaged backgrounds, but is also responsible for nearly 2,800 deaths a year in the state of Massachusetts.

This is the first dedicated study that examines the wider public health consequences of air pollution in Massachusetts a town-by-town basis. Researchers, using the most recent available data from 2019, found clear evidence of air-pollution-related disease, death and IQ loss occurring in every city and town regardless of demographics or income level.

And similar to what many studies carried out in urban settings across the world have found – the highest rates were in the most economically disadvantaged and socially underserved cities and towns.

The team at Boston College has estimated the cumulative impact on childhood cognitive development in Massachusetts in 2019 was a loss of almost 2 million Performance IQ points, or more than 2 IQ points for the average child, according to the report, published on July 17 in the journal Environmental Health. IQ loss impairs children’s school performance and reduces graduation rates, the team noted.

Dr Philip J Landrigan, director of the BC Observatory and lead author of the report, said: “We are talking about the impacts of air pollution at a very local level in Massachusetts – not just statewide. This report gives the people in every city and town the opportunity to see for themselves the quality of the air they and their families are breathing and the dangerous health implications for both adults and children as a consequence of air pollution.”

The study says although Massachusetts meets federal clean air guidelines and air pollution in the U.S. has declined 70 per cent since the passage of the Clean Air Act in the 1970s, toxic air at current levels remains a major health hazard to both healthy individuals and those with pre-existing conditions.

‘Air pollution is something we can fix’

While researchers acknowledge that the US does not have the air pollution seen in countries like China and India, they also this warning – that people ‘tend to forget about air pollution’ and become complacent about the dangers.

“We hope to break through this complacency and increase awareness,” said Landrigan. “Air pollution is killing 2,780 people in Massachusetts each year, nearly five per cent of all deaths in the state, and that is a big deal. Air pollution is something we can fix. We know the steps that need to be taken to reduce fatalities and the impact on our children and grandchildren.

A summary of the report’s conclusion reads: “Disease, death and IQ loss occur at air pollution exposure levels below current EPA standards. Prevention of disease and premature death and preservation of children’s cognitive function will require that EPA air quality standards be tightened.

“Enduring prevention will require government-incentivized transition to renewable energy coupled with phase-outs of subsidies and tax breaks for fossil fuels. Highly localized information on air pollution’s impacts on health and on children’s cognitive function has potential to catalyze pollution prevention. 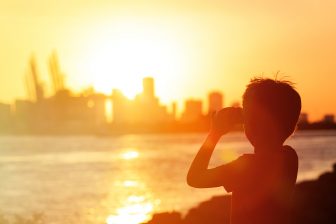 Many European schools and hospitals at risk from heat waves and floods: How to protect vulnerable groups from climate change? 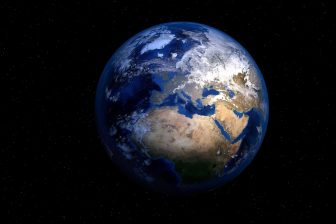 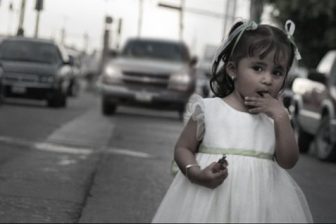