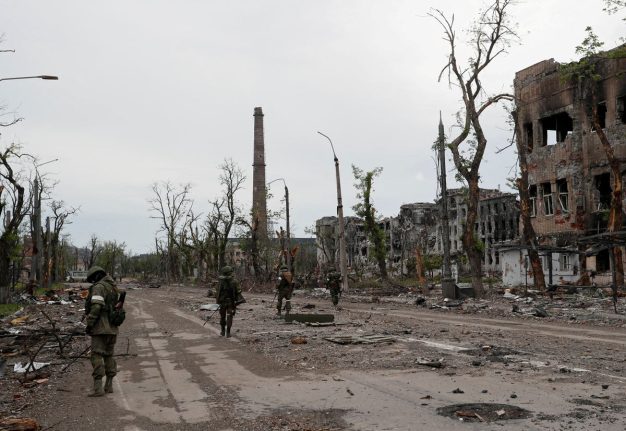 Published on 14-06-2022 at 12:09
Russian service members work on demining the territory of Azovstal steel plant during Ukraine-Russia conflict in the southern port city of Mariupol, Ukraine May 22, 2022. REUTERS/Alexander Ermochenko/File Photo

The office of Ukraine’s prosecutor general says it has learned about the deaths of 24 more children in Mariupol, the southeastern port that was besieged for weeks before Russian forces captured it in mid-May (Reuters agency).

In total, the office said that at least 287 children have died since the start of the Russian invasion of Ukraine on Feb. 24th. More than 492 have been wounded.

“During the recording of criminal offences, it has become known that 24 more children died in Mariupol, Donetsk region, as a result of the indiscriminate shelling by the Russian military,” the office said on the Telegram messaging app.

“These figures are not final, as work is underway to establish them in places of active hostilities, in the temporarily occupied and liberated territories.” Reuters was not able to independently verify the report.

The mayor of Mariupol – reduced to ruins by the siege – said there was on outbreak of cholera in the city as sanitation systems were broken and corpses were rotting in the streets.

Russia has denied targeting civilians and has rejected allegations of war crimes in what it calls a “special military operation” aimed at demilitarising and “denazifying” Ukraine. Kyiv and its allies say Ukraine was invaded without provocation.

Early in June, the United Nations said that more than 250 children have been killed since the war began and five million remain at risk of violence and abuse.