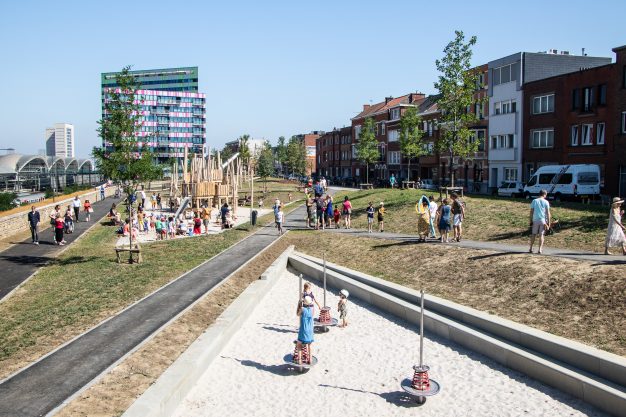 The Belgian city of Leuven has accelerated its ‘smoke-free generation’ strategy by announcing total ban on smoking – including e-cigarettes – in all of its public playgrounds.

It’s an initiative which city leaders say sets a good example to children and young people, and builds a solid, healthier base for the next generation.

It builds on the city’s work to phase out smoking areas, having already in 2021 signed a charter ‘alliance for a smoke-free society’, aimed at making sports fields smoke-free.

Young people themselves have also been proactive in calling for action. Councillor Dirk Vansina, council member for youth affairs, said: “In recent years we have regularly been asked by the children to make playgrounds smoke-free, and we are therefore very happy that we can answer that question.”

The city says that this latest move – which comes into force on 30 June – has been driven by a desire for a ‘cultural shift’ in adults and young people who smoke, and that citizens need to start becoming more aware of the fact that what they do sets an example to their children, and smoking can ‘perpetuate a vicious cycle of health-damaging addiction’.

That is why the city is targeting playgrounds, as it’s often the first place where children come into contact with and see both adults and young people who smoke. The ultimate desire effect of the move, it adds, is turning smoking ‘into a taboo’.

Bieke Verlinden, council member for care & welfare, said: “Now  we are going a big step further. Seeing smoking makes smoking – that has been scientifically proven. We (should) all set an example to our children.

Leuven has more than 100 playgrounds and sports fields where children and young people come together, and so it’s essential to the success of this health drive that the city works effectively with partners on ‘generation smoke-free’. They include the Foundation against Cancer, the Flemish Association for Respiratory Health and Tuberculosis Control, and the Belgian Cardiological League.

More than 150 health and medical organisations, councils, other bodies and private companies have so far signed the charter. Click here for more information (in Dutch).