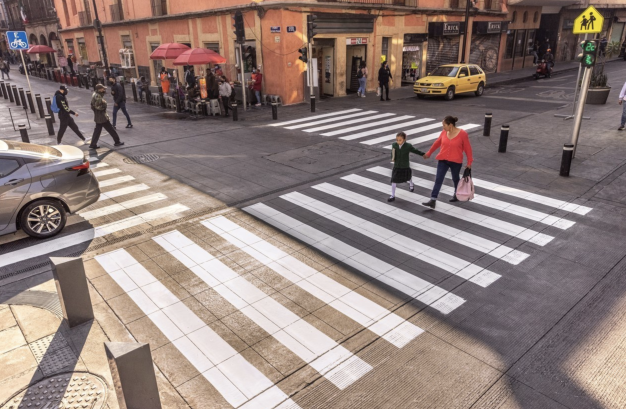 Protecting child road users is the aim of an ambitious plan to introduce safer school zones in cities across the globe.

Road traffic accidents are the leading cause of death for children five years and older worldwide, according to data  from the US Centers for Disease Control and Prevention.

With this in mind, the global safety products manufacturer 3M says it wants to increase safety and visibility in some 100 school zones in 23 countries by 2024.

To do this it plans to address issues like underdeveloped walkways, a lack of crossings and general poor visibility around schools, which it says puts ‘our youngest pedestrians at particular risk’ when walking and cycling to and from school.

The need for safer school zones

The World Health Organization says the rate at which incidents occur ‘drastically increases’ in low-income countries and communities, which indicates a ‘clear need for change’. On the back of this, 3M says it recognises the urgency in addressing these dangers and the need for safer school zones.

Dr Dan Chen, President of 3M’s Transportation Safety Division, said: “3M’s commitment to improve school zone safety centres on the belief that every child deserves a chance at an education and getting to school safely shouldn’t be a barrier. Over the next two years, we will work with NGOs and government agencies to improve safety in school zones and develop a scalable model for high-risk and under-resourced communities to create safer roads for all children.”

April is National Distracted Drivers Awareness Month in the USA, which will see the first set of school zone transformations to take place, with 3M working in the city of Nashville, Tennessee. It will be working together with community leaders, teachers and students to raise awareness of the dangers of motorists being distracted around school zones. Working with engineering firms, 3M will also install reflective signs, visible street markings and pedestrian crosswalks.

But it’s not just in the USA that the scheme will be taking place – Latin America and India are among the regions that will also benefit. In India, for example, some 25 school zones will be spread across major cities like Delhi, Mumbai, Pune, Bangalore and Chennai. A staggering 472 million children under the age of 18 live in India – with over a quarter in urban areas where city traffic is incredibly dangerous every day.

Ramesh Ramadurai, Vice President and MD of 3M India, said: “Most fatal crashes take place during school peak hours. Creating awareness among government stakeholders about the importance of prioritizing child safety, and providing them with the knowledge and tools to achieve the same will help in creating a safe and accessible city for our children.”