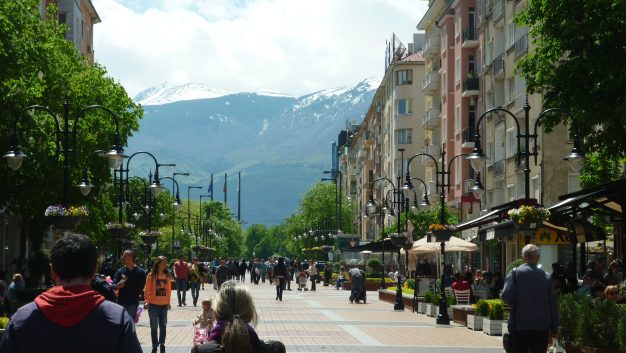 Hydrogen-powered kindergartens on the way for Sofia

The Bulgarian capital, Sofia, is showing off its green credentials with innovative plans to power hundreds of its schools and kindergartens with hydrogen.

It was the stand-out headline from a series of announcments made by Mayor Yordanka Fandakova at Digital Sofia – the Smart City. an event showcasing the city’s digitally-transformed future.

As part of Sofia’s commitment to achieving its goals to cut carbon emissions, one of its flagship projects will be to install hydrogen fuel cells in around 400 schools and kindergartens.

These cells will effectively mean the schools and kindergartens become self-sufficient in terms of energy production, and also have monitors that keep a close watch on their own electricity, gas and water costs.

The city has embarked on the project in a partnership with the Communications Regulation Commission – Bulgaria’s telecommunications regulator – and the World Bank. Such plans, says the city, would make the schools small-scale producers and help them cover their own costs. In doing so, it adds, the city hopes to save around 14,000 tonnes of carbon emissions every year.

“Apart from that, we are preparing municipal schools and kindergartens to energetically renew according to the Recovery Plan,” said Fandakova (quoted by Investor BG.

“We hope to see the application guidelines soon, because the Sofia Municipality and the district administrations are ready to improve the energy efficiency of the buildings,” she added.

Digital Sofia brought together major stakeholders, policy and decision-makers from across national & local government and the private sector, with the event designed to support innovation and adoption of new technologies in the urban environment across Sofia.