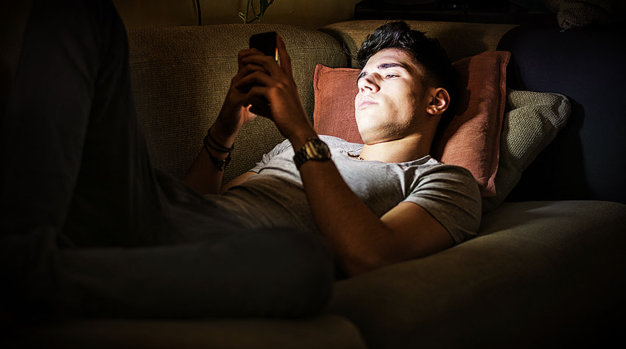 Challenges raised by the rise and exploitation of child self-generated sexual images and videos are at the centre of a new monitoring report by the Council of Europe (CoE).

The report covers 43 European states Parties (*) to the Lanzarote Convention, and highlights ways to improve their legal framework, prevent this particular form of sexual exploitation of children, investigate and prosecute it and enhance the victims’ identification and protection.

Children have, for the first time, had direct participation in the monitoring process, and this is reflected in the views of more than 300 children from ten European states on the challenges stemming from the self-generation of sexual material, and specific recommendations of the Committee are based on such views.

When the monitoring round was launched in 2017, exploitation of child self-generated sexual material was already perceived as a potentially serious risk. By 2019-2020 a 77 per cent rise in child self-generated sexual abuse material had been observed by the Internet Watch Foundation. The ensuing pandemic lockdowns across the globe exacerbated the situation. All this, says the CoE, proves the timeliness of the report.

First of all, the report encourages using the term ‘child sexual abuse material’ instead of “child pornography” which can be misleading, undermining the gravity of the crimes it refers to or switch the blame onto the child.

To better protect children against the exploitation and abuse of their self-generated sexual material, the Lanzarote Committee also recommends introducing certain legal changes. Children should not be prosecuted for possessing or sharing self-generated sexual images and/or videos of themselves when the possession/sharing of such material is voluntary and is intended only for their own private use.

When the distribution of the material is without the consent of the child depicted on it, or concerns other children, priority should be given to educational and other measures aiming to support children in exploring their sexual development – in a safe way, understanding and avoiding risks deriving from the production and possession of self-generated sexual images and/or videos. In such cases, prosecution of children for conduct related to material which qualifies as “child sexual abuse material” should thus only be a last resort measure.

The Committee recommends creating a specific incrimination to address sexual extortion of children and to ensure effective investigation and prosecution of this specific offence as well as of other ICT-facilitated sexual offences against children. Where appropriate, covert operations should be allowed (nearly two-thirds of the Parties evaluated are not yet allowing this, the Committee notes).

Sufficient resources and state-of-the-art technology should be made available to those in charge of identifying child victims, and co-operation between states Parties to this end should include, where appropriate, providing access to each other’s databases. The Committee also reiterates that child victims of ICT-facilitated sexual exploitation and abuse should be provided with specific assistance and support.

Due to their online nature, offences related to child self-generated sexual images and videos have an inherent international aspect, and the prosecution of such offences may involve more than one jurisdiction. More than a half of the monitored Parties have been asked by the Committee to remove the requirement that prosecution can only be initiated following a report from the victim or a denunciation from the State of the place where the offence was committed.

Parties, in general, should take the necessary measures to establish jurisdiction over translational cases of child sexual exploitation and abuse facilitated by ICTs, when a part of the offence has taken place on their territory.

The report was presented at the high-level conference “Beyond the Horizon: a New Era for the Rights of the Child” co-organised by the Council of Europe and the Italian Presidency of the Committee of Ministers.

More on the 2nd monitoring round “The protection of children against sexual exploitation and sexual abuse facilitated by information and communication technologies (ICTs)” (state replies, information submitted by the civil society, children’s contribution)