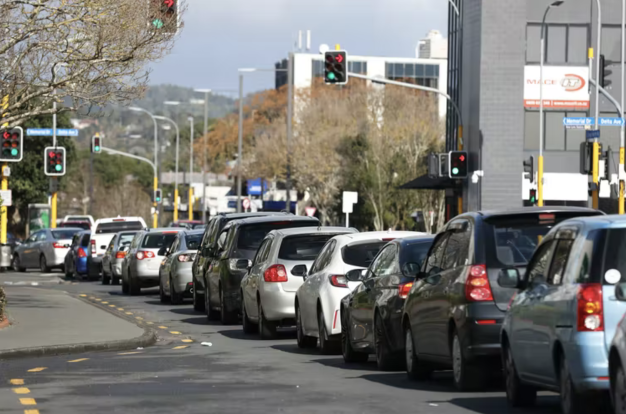 As councils and central government consider what cities of the future will look like, a new tool has been developed to map how various features of where we live influence public health.

The Healthy Location Index (HLI) breaks down healthy and unhealthy elements in cities across New Zealand. It offers important lessons for how we plan and modify our cities to increase physical activity levels and tackle important issues such as obesity and mental health.

New Zealand has one of the highest numbers of adults living with obesity in the world and the rates are not improving. Data from 2021 showed a substantial increase in both childhood and adult obesity from the previous year.

Obesity is a major public health concern that is estimated to be responsible for approximately five per cent of all global deaths annually. The global economic impact of obesity is estimated at roughly US$2 trillion or 2.8 per cent of global GDP.

Health issues like this are often thought of in terms of personal responsibility. However, this approach diverts focus away from health systems, governments and physical environments.

The global rise in obesity since 1980 has occurred too rapidly for genetic or biological factors to be its root cause. Instead, it may actually just be a normal response to environments that provide easy access to energy-dense, nutrient-poor foods and a range of unhealthy options that require us expending very little energy.

Think about it: maintaining good health in our current environment requires a lot of effort. Why? Because healthy choices are often more difficult than convenient ones, be that trying to avoid fast-food outlets or conveniently placed liqour stores, the lack of access to fresh fruit and vegetables, or deciding to cycle rather than drive the car.

This is known as an obesogenic environment and it needs to change. 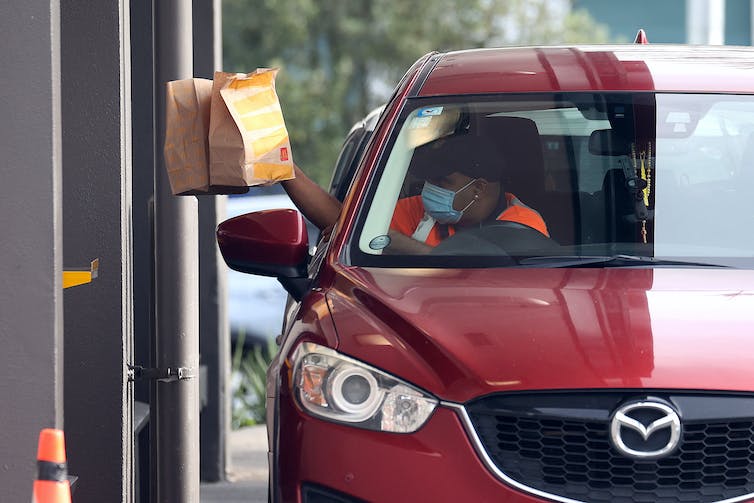 Access to unhealthy options in a city can increase individual health problems, including rates of type II diabetes.
Phil Walter/Getty

This change begins with an understanding of how things currently stand, which is where the HLI comes in.

We also quantify five “health-promoting” features: green spaces, blue spaces (accessible outdoor water environments), physical activity facilities, fruit and vegetable outlets, and supermarkets. The index provides a rank for every neighbourhood in New Zealand based on access to these positive and negative features.

The bigger picture created by the HLI supports previous evidence highlighting a disproportionate number of features that constrain health, such as fast-food outlets and liqour stores in socioeconomically deprived areas.

Of particular concern in the most deprived areas, the distance to health-constraining features was half what it was in the the least deprived areas, highlighting the persistent over-provision of gambling outlets and liqour stores in some parts of the country.

This phenomenon is well known as a form of “environmental injustice” which ultimately stems from a lack of equity in the development, implementation and enforcement of environmental laws, regulations and policies. The index also highlights how areas of New Zealand with quick and easy access to health-constraining features are worse off in terms of both mental and physical health outcomes such as depression and type II diabetes.

While the index shows clear evidence that, on average, the most deprived areas of New Zealand often have access to health-constraining features, this finding is not universal. It also varies from place to place.

Wellington and Christchurch both have a decreasing number of health-promoting environments, with growing deprivation. However, there are remarkably more health-constraining places in Christchurch than in Wellington.

Knowledge offers a way to change

This is only our first iteration of the index and we intend to add more features in the future. But we hope the data provided in the index can encourage important conversations to help us better understand how our cities are shaped.

We need to ask whether we really need that additional fast-food outlet or liquor store in the same neighbourhood. We hope the index can help policy makers consider how to shape more health-friendly cities by regulating or adding the right features.

After all, the protection and promotion of public health is a core responsibility of government and it should not be left to individuals, families or communities to create such changes.