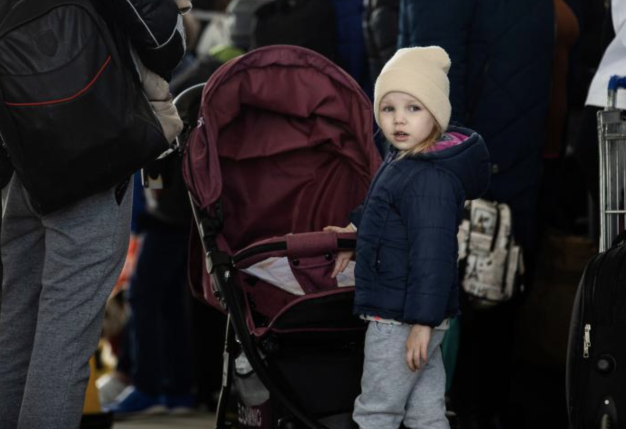 The ongoing violence across Ukraine has created a child rights crisis that could last for generations, says children’s charity UNICEF.

“The war has caused one of the fastest large-scale displacements of children since World War II,” said UNICEF Executive Director Catherine Russell. “This is a grim milestone that could have lasting consequences for generations to come. Children’s safety, wellbeing and access to essential services are all under threat from non-stop violence.”

The United Nations Human Rights Office (OHCHR) says 78 children have been killed and 105 have been injured in Ukraine since the start of the war on 24 February. Yet these figures represent only those reports that the UN has been able to confirm, and the true toll is likely far higher. The war has also had devastating consequences on civilian infrastructure and access to basic services.

The World Health Organisation (WHO), for example, has reported 52 attacks impacting health care facilities across the country over the last four weeks. An estimated 1.4 million people now lack access to safe water, while 4.6 million people have limited access to water or are at risk of being cut off. Over 450,000 children aged 6 to 23 months need complementary food support.

UNICEF has already observed a reduction in vaccination coverage for routine and childhood immunizations, including measles and polio. This could quickly lead to outbreaks of vaccine-preventable diseases, especially in overcrowded areas where people are sheltering from the violence.

“In just a few weeks, the war has been devastating for Ukraine’s children,” said Russell. “Children urgently need peace and protection. They need their rights upheld. UNICEF continues to appeal for an immediate cease-fire and for the protection of children from harm. Essential infrastructure on which children depend, including hospitals, schools and buildings sheltering civilians, must never come under attack.”

UNICEF and its partners are working to reach children in Ukraine and in neighbouring countries with humanitarian assistance.

In Ukraine, UNICEF has delivered medical supplies to 49 hospitals in 9 regions – including Kyiv, Kharkiv, Dnipro and Lviv – improving access to healthcare for 400,000 mothers, newborns and children. UNICEF continues to distribute water and hygiene items in communities under siege. In addition, UNICEF is increasing the number of mobile child protection teams working inside acute conflict zones from 22 to 50 and has delivered 63 trucks of lifesaving supplies to support the needs of over 2.2 million people. In the coming weeks, UNICEF will start emergency cash transfers to the most vulnerable families and establish child-friendly spaces in key locations across the country.

To protect and support the millions of children and families who have fled Ukraine, UNICEF and UNHCR in partnership with governments and civil society organizations, have created “Blue Dots,” one-stop safe spaces for children and women. ‘Blue Dots’ provide key information to travelling families, help to identify unaccompanied and separated children and ensure their protection. They also provide a hub for essential services. ‘Blue Dots’ have already been established in countries hosting Ukrainian children and women and are being scaled up over the coming days, including more than 20 in Poland.

Despite intensive efforts to ensure safe, rapid and unimpeded humanitarian access, significant challenges remain in the most affected areas across the country.